Shares pop after an SEC filing reveals that the biopharma has attracted the attention of a major financial institution.

Shares of TherapeuticsMD (TXMD 2.28%), a commercial-stage biopharma focused on women's health, rose 16% as of 12:50 p.m. EST on Tuesday. The bullish move is most likely linked to the news that financial giant JP Morgan (JPM -0.70%) has taken a substantial equity position in the company. 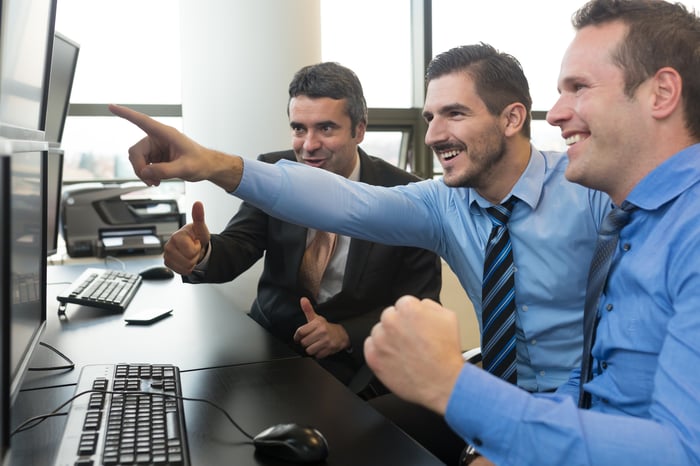 Traders are bidding up shares of this beaten-down stock in response to the vote of confidence from the financial giant.

TherapeuticsMD currently has three approved products on the market --Imvexxy, Bijuva, and Annovera -- and management believes they have nearly $2 billion in combined sales potential. However, ramping up a commercial team is expensive, so TherapeuticsMD is currently rapidly burning through capital as it works to build demand for its products.

JP Morgan clearly believes in TherapeuticsMD's potential. Only time will tell if that bullish call was the right move.