Please ensure Javascript is enabled for purposes of website accessibility
Log In Help Join The Motley Fool
Free Article Join Over 1 Million Premium Members And Get More In-Depth Stock Guidance and Research
By Keith Speights - Jan 22, 2020 at 7:03AM

This beaten-down marijuana stock is a lightning rod among investors.

It's one of the most controversial names in the cannabis industry. Aurora Cannabis (ACB 4.11%) definitely has its fair share of detractors. But some think that Aurora could be one of the biggest winners in the global cannabis industry over the long run.

Aurora's share price tanked more than 56% in 2019. However, there are several legitimate reasons to think that the stock could rebound in a major way this year. Should you love Aurora Cannabis or leave it to be traded only by foolhardy investors? 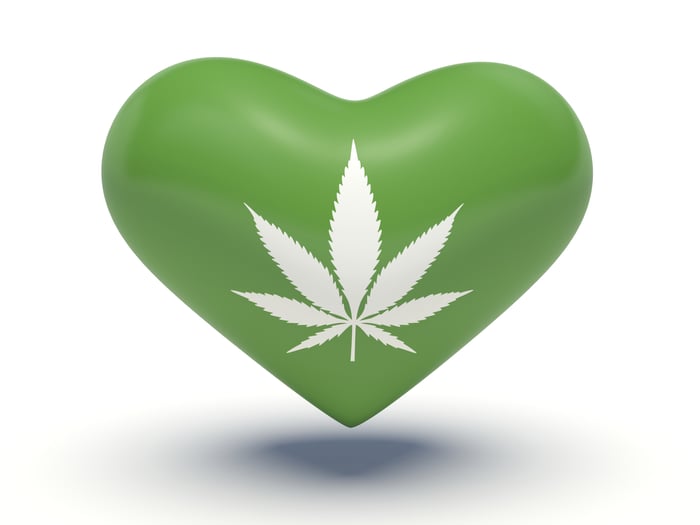 Why analysts are all over the map

If you're looking to Wall Street to help with your decision, you'll quickly find that they're sharply divided about Aurora Cannabis. Analysts' opinions are all over the map with respect to the stock's prospects.

GLJ Research analyst Gordon Johnson is, by far, the most pessimistic about Aurora. He not only recommends that investors sell the stock; Johnson even has a one-year price target of $0. That's right, this analyst believes that Aurora is in so much trouble that it could go under.

Johnson isn't alone in his negative take on the stock, although others aren't quite as gloomy. Piper Sandler's Michael Lavery thinks that Aurora could lose half of its current market cap. Bank of America Merrill Lynch analyst Christopher Carey agrees.

On the other hand, one of the most respected cannabis analysts in the industry, Cowen's Vivien Azer, recently confirmed her recommendation of Aurora with an outperform rating. Azer set a one-year price target that reflects a more than 100% upside for the stock. Cantor Fitzgerald's Pablo Zuanic also thinks that Aurora Cannabis could double its current price.

The big problem for investors

There's one big problem for investors considering what to do about Aurora: All of the analysts have pretty good reasons for their views.

The pessimistic analysts point to Aurora's abysmal balance sheet. And they're 100% correct that the company's financial condition doesn't look very good. Aurora still isn't anywhere close to achieving profitability. It's loaded with debt -- and there are real concerns the company won't be able to meet its debt covenants. More dilution seems to be inevitable.

However, Gordon Johnson's price target of $0 appears to be more of a public relations ploy than an actual projection. After all, despite its problems, Aurora Cannabis still has the second-largest market share in Canada and ranks as a leader in the important German medical cannabis market. Analysts with more positive opinions about Aurora focus on these strengths.

Vivien Azer isn't as worried about Aurora's debt problem as some of her peers are. After meeting with Aurora's management team, she wrote to clients that the company hopes to restructure its debt covenants with creditors and is actively working to that end.

Pablo Zuanic anticipates that Aurora could hire a new CEO who will implement tighter fiscal discipline. He also thinks that the company's advisor, billionaire Nelson Peltz, could help Aurora land a big equity partner from the consumer packaged goods industry.

So what's the best strategy for investors when it comes to Aurora Cannabis -- love it or leave it? My view is that the doomsayers often go too far with their negativity about the stock. Aurora still has tremendous production capacity, strong gross margins, and market-leading products.

In addition, there are several positive developments in progress that should help the company. Ontario is opening more retail cannabis stores. The Cannabis 2.0 market is just getting started.

But while I'm not nearly as pessimistic as some are about Aurora, I don't think investors should ignore the company's significant challenges. My view is that the safest bet for investors seeking to profit from the cannabis boom is to leave Aurora for others and instead look elsewhere. There are quite a few marijuana stocks that offer more attractive risk-reward propositions than Aurora does. Just because you don't hate a stock doesn't mean you have to love it.