Please ensure Javascript is enabled for purposes of website accessibility
Log In Help Join The Motley Fool
Free Article Join Over 1 Million Premium Members And Get More In-Depth Stock Guidance and Research
By Keith Speights - Updated Jan 23, 2020 at 9:53AM

The healthcare giant delivered a solid quarterly performance yet again, with sales growth in all of its segments.

The global healthcare leader announced its fourth-quarter results on Wednesday before the market opened. There was a lot for investors to like with its latest quarterly update. 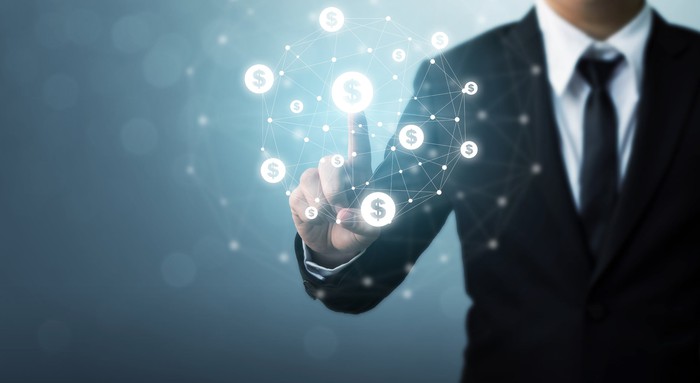 The company announced Q4 diluted earnings per share from continuing operations of $0.59 based on generally accepted accounting principles (GAAP). This reflected a 59.5% jump from the $0.37 per share posted in the year-ago period.

Abbott's adjusted diluted EPS for the fourth quarter came in at $0.95 per share, up from $0.81 in the prior-year period. This met the average analyst earnings estimate.

The Q4 sales growth looks even more impressive when adjusted for foreign exchange fluctuations. The company said that its sales increased by 8.5% year over year on a constant-currency basis and excluding the impact of discontinued operations.

All three of Abbott's business segments delivered solid growth. The company's medical devices unit was the biggest winner, with revenue jumping 9.7% year over year to $3.2 billion thanks to double-digit organic sales growth in its diabetes care, electrophysiology, heart failure, and structural heart businesses.

Sales for the company's established pharmaceuticals segment increased 7.8% over the prior-year period to nearly $1.2 billion. Improving performances in Asia and Latin America drove this growth.

Abbott's nutrition and diagnostics segments trailed with year-over-year revenue growth of 5.2% and 5%, respectively. Total Q4 revenue for the company's diagnostics segment was nearly $2.1 billion, with the Alinity line of diagnostic instruments contributing significantly to growth. The nutrition segment raked in $1.9 billion, with stronger growth in the adult market driven largely by Abbott's Ensure and Glucerna brands.

The company's bottom-line improvement was even better than its sales mainly because operating costs increased at a slower pace than sales did. In addition, Abbott's interest expense and tax expense decreased significantly from the prior-year period.

CEO Miles White said that Abbott's focus on organic growth is "driving top-tier performance." He added that the company is "entering 2020 with very good momentum and targeting continued strong growth."

Abbott remains one of the top blue chip stocks on the market, with solid growth and an attractive dividend. With the potential for Food and Drug Administration clearance of the company's new version of its Freestyle Libre continuous glucose monitoring system in the near future and positive Q4 results under its belt, Abbott has a pretty good chance to deliver an even better performance in 2020 than it did last year.