Please ensure Javascript is enabled for purposes of website accessibility
Log In Help Join The Motley Fool
Free Article Join Over 1 Million Premium Members And Get More In-Depth Stock Guidance and Research
By Anders Bylund - Jan 22, 2020 at 6:11AM

The results above were in line with management's expectations. Logitech isn't in the habit of providing quarter-by-quarter guidance targets, but management simply reaffirmed the full-year outlook of "mid to high single-digit sales growth in constant currency and $375 million to $385 million in non-GAAP [adjusted] operating income."

For the record, revenue is trending 4.7% higher through the first three quarters as a whole, and adjusted operating income has added up to $308 million so far. In order to reach the full-year guidance targets, Logitech needs to stay the course with single-digit revenue gains and non-GAAP operating profits near $72 million. In other words, sales should land in the neighborhood of $655 million and adjusted operating profits would need to grow by at least 12%.

The company saw some difficult markets over the holiday season. Apple (AAPL 1.62%) introduced its own iPad keyboard last year, undermining a popular Logitech product line. Sales fell 13% year over year in this category. Audio and wearables took a 17% revenue haircut due to weak sales of headsets and microphones in North America.

The Fortnite phenomenon that was driving massive growth in gaming headsets and other computer audio gear in 2018 also set the hardware industry up for some tough year-over-year comparisons as the boom started to fade in 2019. Management barely mentioned that seminal game in the third-quarter earnings call, but a lack of Fortnite-based excitement definitely weighed on Logitech's results in this quarter.

"We're beginning to see easier Fortnite comps as we head into the end of the fiscal year," CEO Bracken Darrell said. "PC gaming sales growth excluding headsets remaining well in the double-digit range, while the decline in our gaming headset sales moderated significantly."

Logitech isn't counting on new gamers who were brought into the hobby by Fortnite to replace their headsets at a breakneck rate. The device-replacement trend in this group is simply staying close to the average replacement and upgrade rates in the industry.

"There is no doubt that the Fortnite brought in a lot of new young gamers, and I'm sure there is going to be a continuous inflow of that age group into the category," Darrell said. "So, I don't know if that will come in quite as lumpy as it did with Fortnite, but I think you can expect a long-term trend where if you were to come in and then trade up over time, two years seems like the right time frame." 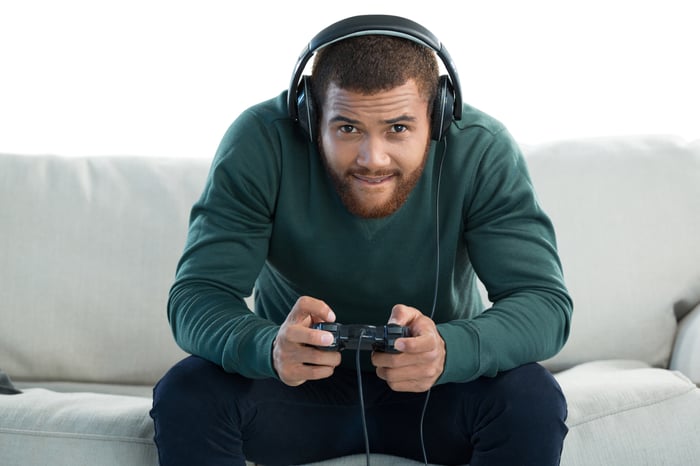 This was a solid report apart from the Fortnite albatross haunting Logitech's various audio products. Video collaboration revenue rose 24% and gaming products as a whole posted a 15% revenue increase, despite pockets of gaming audio weakness within that package.

Logitech's stock rose a modest 2% on the news, capping a market-beating 52-week span where the shares gained 42%. The stock is trading at 21 times forward earnings today, suggesting that investors already have incorporated a lot of potential growth drivers into the price. There's nothing wrong with Logitech, but the stock is also fully valued, and I'm not betting the farm on it today.