Please ensure Javascript is enabled for purposes of website accessibility
Log In Help Join The Motley Fool
Free Article Join Over 1 Million Premium Members And Get More In-Depth Stock Guidance and Research
By George Budwell - Jan 23, 2020 at 8:00AM

HOOKIPA Pharma and Viking Therapeutics could catch first at some point this year. Here's why.

Small-cap biotech stocks have consistently been one of the best-performing groups of equities for almost 10 straight years. The advent of several game-changing technologies, broader access to healthcare globally, and an aging population in the United States have all helped to boost valuations among small-cap biotechs over this period.

Which small-cap biotech stocks should investors have on their radar right now? HOOKIPA Pharma (HOOK -3.89%) and Viking Therapeutics (VKTX 1.77%) are two under-the-radar names that growth-oriented investors may want to circle back to in 2020. Here's why. 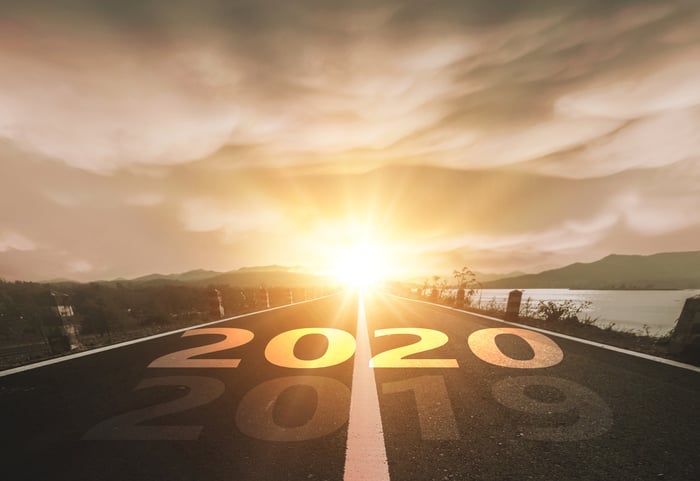 HOOKIPA: A fresh face in the field of immunotherapy

If you haven't heard of small-cap immunotherapy company HOOKIPA, you certainly aren't alone. Although the company incorporated back in 2017, it didn't go public until April 2019. And since then, the market hasn't been overly kind to it, with the biotech's shares losing nearly 14% since their IPO less than a year ago. Brighter days for HOOKIPA and its shareholders may be close at hand, however.

Why should investors have this name on their radar screen right now? The big picture is that HOOKIPA's proprietary arenavirus vector platform -- indicated for both infectious diseases and cancer -- stands apart from the broader field of competitors in many important ways. That's key because big pharma is always on the hunt for differentiated early stage clinical assets. HOOKIPA, in turn, may evolve into a top buyout candidate in lockstep with the maturation of its clinical program.

Keeping with this theme, the biotech already has a research partnership with industry heavyweight Gilead Sciences (GILD 0.80%) to develop functional cures for hepatitis B and HIV. If things go well, this initial deal could transform into something else entirely. Gilead, after all, has a long history of gobbling up early-stage biotechs with novel drug development platforms. And HOOKIPA fits that description to a tee.

What's the risk? Like all early-stage biotechs with unproven platforms, HOOKIPA's unique approach to drug development could turn out to be nothing more than an interesting science experiment. On the flip side, there's also the chance that this largely unknown immunotherapy company may be a hidden gem. Thus, HOOKIPA's stock arguably deserves far more attention from investors than what it's been getting so far as a public entity.

Viking's shares have lost a worrying 13% since the start of 2020. The good news is that this downward trend has really nothing to do with the company. Rather, investors have been backing away from the entire field of nonalcoholic steatohepatitis (NASH) biotech stocks this year.

There are three reasons for this trend. First off, the underdeveloped NASH market isn't expected to turn into a commercial bonanza overnight. Right now, the gold standard for diagnosing NASH is a liver biopsy. Until a less invasive diagnostic procedure is developed, NASH drug sales will probably be fairly sluggish.

Next up, Gilead Sciences' repeated clinical failures in NASH have clearly spooked investors. Even though Gilead's NASH pipeline isn't considered to be the cream of the crop, it's never a good thing when one of the biggest names in the industry can't seem to break into a novel indication.

Thirdly, the U.S. Food and Drug Administration's decision to slow roll the regulatory process for Intercept Pharmaceuticals' Ocaliva as the first-ever NASH treatment isn't sitting well with Wall Street. Most onlookers thought the agency would make NASH a top priority, but that no longer seems to be the case.

That brings us to Viking and its NASH candidate VK2809. VK2809 posted outstanding mid-stage results as a treatment for a related fatty liver disease back in 2018. The company has since advanced the drug into another mid-stage trial for biopsy-confirmed NASH. Top-line data from this trial are slated for the first half of next year. If successful, there's a chance that Viking could end up with this most potent NASH candidate in the field. That's a huge deal because even a minor drug in this space has a legitimate shot at generating a billion in annual sales.

Bottom line: Viking's latest pullback could turn out to be a great buying opportunity. There is a considerable amount of risk involved due to the unpredictable nature of clinical trials in general. But this biotech stock is at least worth keeping a close eye on as its high-value NASH candidate steadily makes progress in the clinic.