Netflix (NFLX -0.90%) reported its fourth-quarter earnings results on Tuesday, and investors are now digesting the report and management's video conference call. The streaming company is enormously controversial in the investment community. When discussing the stock, bulls cite its dominant market position and global opportunity, while bears cite new streaming competition and the company's negative free cash flow. Sometimes it seems like bulls and bears are looking at two different companies.

To help sort through the conflicting attitudes toward the company, here are six critical takeaways from the company's fourth-quarter earnings report.

1. Global subscriber growth is crushing it

Management mentioned Netflix's U.S. subscriber count grew by 420,000 in the quarter, which missed its target of 600,000. Lagging impact from a monthly subscription price increase in May 2019, as well as the impact of new competition, were cited as causes. But adding subscribers at all is still impressive in the much more mature U.S. market during a quarter when Apple and Disney both launched streaming video competitors. 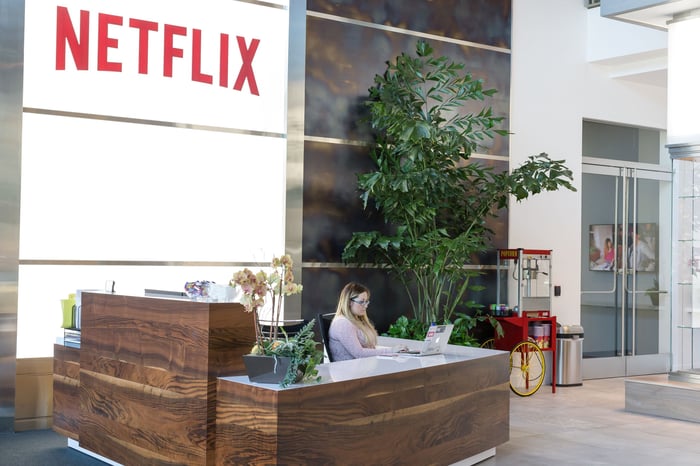 This is the most important nugget of information from the whole report: The average Netflix subscriber watched more Netflix this fourth quarter, both globally and in the U.S., than in the same quarter a year ago. That's a very telling data point. The assumption is that at least some U.S.-based Netflix subscribers would at least try out Apple TV+ or Disney+ this past quarter considering they just launched, and that would lead them to watch less Netflix. Instead, per-subscriber engagement increased during the quarter. This is likely due to a rapid increase in original content over the past year, including a big fourth-quarter content slate that included Oscar-nominated films like The Irishman, Marriage Story, Two Popes, Klaus, and American Factory.

There was much consternation among some observers that hit show Friends leaving the service at the end of last year would cause significant subscriber cancellations. But Netflix's Chief Content Officer Ted Sarandos said that since Friends left there's been no measurable impact. Management went on to cite other occasions in its history where popular content left the service, and rather than cancel the service en masse, most subscribers simply found other compelling content to watch on Netflix. The same appears to be happening this time around.

Netflix's content spending grew about 22% last year, and management expects it to grow at a similar rate, "roughly in that 20% range," this year. That would mean 2019's $9.2 billion of content spending would grow to about $11.1 billion this year. Netflix is spending even more than that on a cash basis -- $14.6 billion last year and more this year -- because it has to pay for original content up front. If you think Netflix added a lot of new content last year, look for even more this year.

Netflix has been testing cheaper mobile-only subscription plans in emerging markets like India over the past year or so. Some of these markets have significant numbers of smartphone users who may not have fixed internet connections in their households, so it makes sense to offer a plan that targets this subscribing segment. That strategy appears to be working, which is helping increase revenue in these markets. And revenue growth is everything for Netflix because it allows even more content spending, which improves the service even more, driving more subscribers and revenue in a virtuous cycle.

Despite growing profits last year, Netflix's free cash flow for the past 12 months was negative $3.3 billion. That's because it is spending enormous sums on original content well in advance of when that content hits the service. But management said it expects negative free cash flow to improve to about negative $2.5 billion by the end of 2020. That's mostly due to increasing profitability, in spite of continued increases in content spending.