Please ensure Javascript is enabled for purposes of website accessibility
Log In Help Join The Motley Fool
Free Article Join Over 1 Million Premium Members And Get More In-Depth Stock Guidance and Research
By Jon Quast - Jan 23, 2020 at 8:30AM

The payment transaction company could get exciting news about China in 2020.

There's no denying that Mastercard (MA 3.60%) has been a superb investment when measured over almost any time frame. If you invested in the IPO almost 14 years ago, it's more than an 80-bagger at this point. If you invested five years ago, you're up almost 300%. Heck, the stock returned 58% in 2019 alone, more than doubling the S&P 500's stellar year.

Seeing returns like this can lead investors to (wrongly) assume that they've missed the boat and the stock's best performance is behind it. While it's crazy to expect a 58% return every year, I still believe this stock is worth buying today. Here's why. 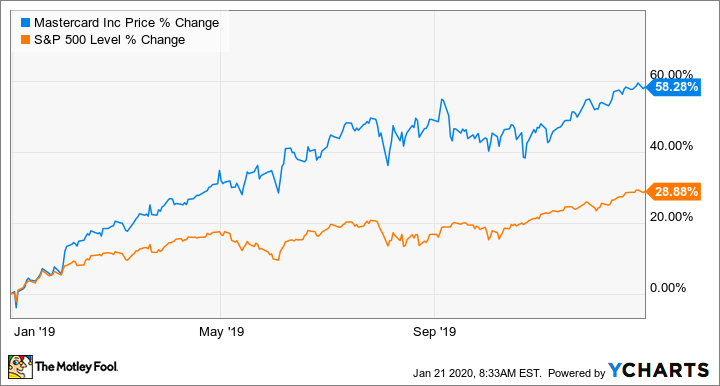 In a press release last year, Mastercard reminded investors it was committed to operating domestically in China. It's currently at a standstill in the application process, as it waits on Chinese regulators. But in a provision from the U.S.-China phase 1 trade deal, China agrees to process applications from financial institutions more quickly and must give a good reason for rejecting any applications. Considering that Mastercard already has operations in over 200 countries, it's hard to imagine how China can reject Mastercard much longer. 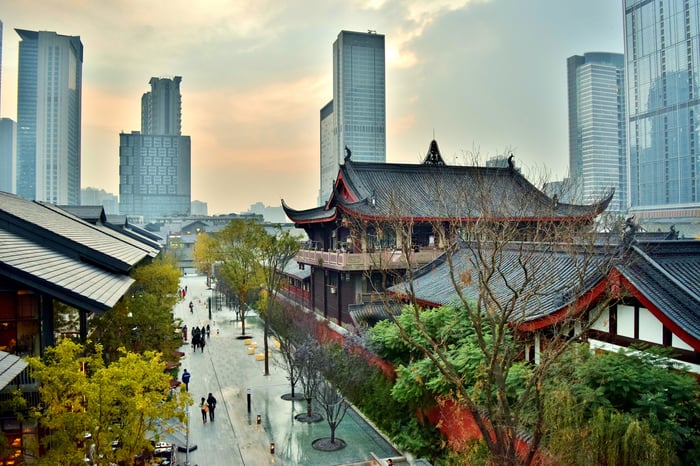 Gaining access to the world's second-largest economy could be a great multiyear growth driver for Mastercard. China is already big into digital payments, with local options like Tencent's (TCEHY 4.27%) WeChat and Alibaba's (BABA 8.51%) Alipay having a near-monopoly on the market. These apps only just recently allowed international visitors to link a foreign credit card, and still present some friction for outsiders. Given China's place in the global economy, I wouldn't be surprised if Chinese individuals and businesses began migrating to more internationally standard payment options like Visa (V 2.71%) and Mastercard once available.

Digging a little deeper, the two regions growing revenue fastest (in local currency) for Mastercard are Europe and Latin America. Some estimates show that 85% of Latin America's transactions are still cash-based, as are 79% of transactions in Europe (by volume). Digital payments might seem like old news, but there's still a long way to go around the globe in the war on cash, providing a long tailwind for Mastercard.

It's been a busy year for acquisitions in the financial sector. PayPal bought Honey Science in November 2019 for $4 billion, and Visa announced the acquisition of Plaid for $5.3 billion in January 2020. While Mastercard hasn't made a recent acquisition of this caliber, it's quietly been buying companies as well. 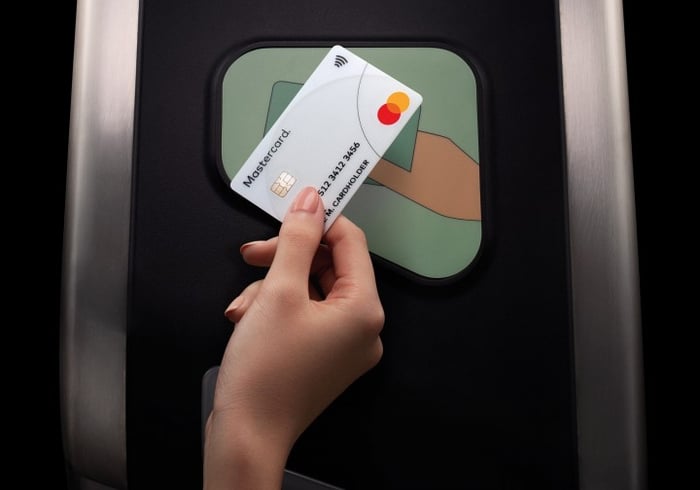 Cross-border payments are an area of focus for Mastercard, which is why it acquired fintech company Transfast in 2019. Terms of the acquisition were undisclosed, but the company claims Transfast expands its reach to 90% of the world's bank accounts and allows peer-to-peer transactions cross-border, much like PayPal's Xoom. Considering Mastercard's strong international presence, it's logical to invest in a network that bridges the gap between countries.

SessionM is another interesting acquisition by Mastercard in 2019. It's a consumer loyalty company already partnering with many businesses, including Fortune 500 companies. This acquisition reminds me of PayPal's Honey acquisition. PayPal benefits from this in several ways, one of which is gaining consumer data that can be leveraged on other PayPal platforms. Mastercard will be able to do the same with SessionM, fortifying its payments position among consumers.

A strong company worth owning

Recent developments like possibly gaining access to the Chinese market and acquisitions of Transfast and SessionM are exciting. But these developments aren't game-changing in isolation. Rather, they are continued good positioning from a great company. It's what we've come to expect from Mastercard.

Over the past five years, it has grown net revenue 74% and net income 106%. Those are amazing results for a company as big as Mastercard, but value investors are understandably concerned, since the stock does trade at historically high P/E, forward P/E, and price-to-sales metrics. 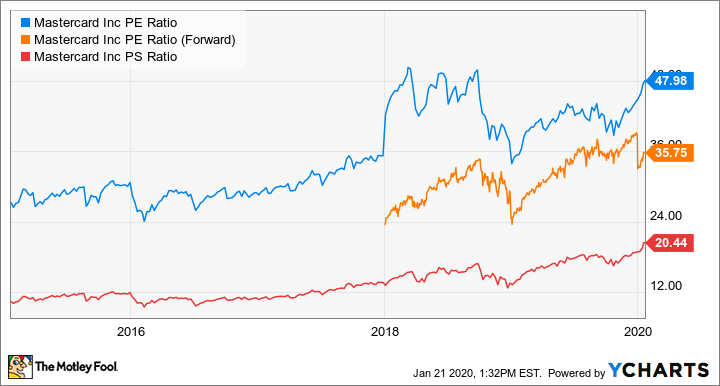 These investors might consider waiting for Mastercard's 2020 guidance, which should come when it reports fourth-quarter and full-year 2019 results on Jan. 29. At the same time, Mastercard is a strong company riding the global war-on-cash trend and has many years of growth ahead. Waiting too long could be counterproductive. If the company continues guiding strong and hitting guidance, a major pullback may not come anytime soon.