Please ensure Javascript is enabled for purposes of website accessibility
Log In Help Join The Motley Fool
Free Article Join Over 1 Million Premium Members And Get More In-Depth Stock Guidance and Research
By Daniel Sparks - Jan 23, 2020 at 11:51AM

Even as new competition comes to market, the streaming-TV company is optimistic about its growth prospects.

Shares of Netflix (NFLX 2.17%) have missed out on the stock market's recent rally, with shares sliding 3% over the past 12 months as the S&P 500 climbed 25%. The stock's underperformance has been due primarily to investors' concerns about intensifying competition in streaming TV. But is the Street worrying too much about Netflix's ability to navigate this evolving landscape?

Despite new competition coming to market and recent price hikes for its monthly subscription, Netflix continues to see robust growth -- both globally and in the U.S. Indeed, subscriber growth in the U.S. even persisted during Q4, even as both Walt Disney (DIS 3.29%) and Apple (AAPL 2.54%) launched new streaming services.

Here's how the company is holding up against competition -- and what management said about competition in its fourth-quarter update earlier this week. 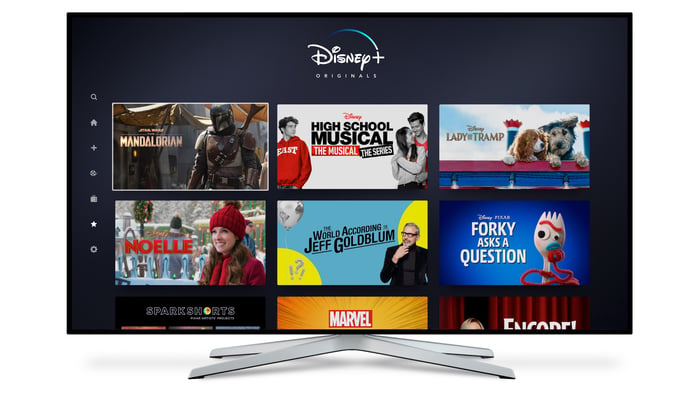 Netflix's 420,000 net subscriber additions in the U.S. were particularly notable, given that Apple TV+ was launched on Nov. 1  and Disney+ debuted on Nov. 12. Both services were aggressively marketed by their parent companies during Q4.

Though 420,000 net subscriber additions are down from the 517,000 members Netflix added in Q3, the streaming-giant has had worse quarters in the market in recent history. In the second quarter of 2019, Netflix's net subscribers fell 126,000 in the U.S. Growing its U.S. subscriber base by 420,000 during a period of heavily marketed new streaming services, therefore, is quite impressive.

In addition, management said in its fourth-quarter shareholder letter that "viewing per membership grew both globally and in the US on a year over year basis [during Q4], consistent with recent quarters."

It's also worth emphasizing that Netflix's recent strong growth internationally suggests the company's global growth story is just getting started. Outside of the U.S., Netflix added 8.34 million subscribers. Further, the company noted that net subscriber additions in its EMEA (Europe, Middle East, and Africa), Latin America, and Asia-Pacific markets were Q4 records. So, even if Netflix sees some negative impact from rising competition in the U.S., there's still a clear global opportunity for Netflix to grow its business.

Streaming is not a zero-sum opportunity

For Netflix, the proliferation of new streaming services is more of a confirmation than a threat. It confirms the secular shift from linear TV to streaming TV, providing a massive opportunity for many companies to capitalize and profit from the rapidly changing landscape.

"Many media companies and tech giants are launching streaming services, reinforcing the major trend of the transition from linear to streaming entertainment," Netflix explained in its fourth-quarter update. "This is happening all over the world and is still in its early stages, leaving ample room for many services to grow as linear TV wanes."

Sure, management admitted that new streaming service launches during Q4 could have been one factor negatively impacting membership growth in the U.S. and Canada during the period. But management contends that as long as it continues to work to please its members, Netflix "will continue to prosper."

Investors, of course, should continue watching the competitive environment and its impact on Netflix over the long-term. So far, however, there doesn't seem to be any good reason to worry about Netflix's ability to compete.