Strong clinical results are bolstering the odds that risdiplam will receive FDA approval this year.

Roche (RHHBY 0.93%) announced today that its new experimental spinal muscular atrophy (SMA) drug, risdiplam, met its primary endpoint in helping infants recover from muscle atrophy and regain independent mobility. The Firefish study tested infants aged 1 to 7 months with type 1 SMA, with the primary goal being to see whether the infants could sit by themselves without support for at least five seconds after a full year of treatment.

SMA is a rare condition that causes progressive muscle weakness and eventually results in the loss of motor functions and mobility. Although it affects only 1 in 6,000 babies, the condition remains one of the top genetic causes of infant mortality. 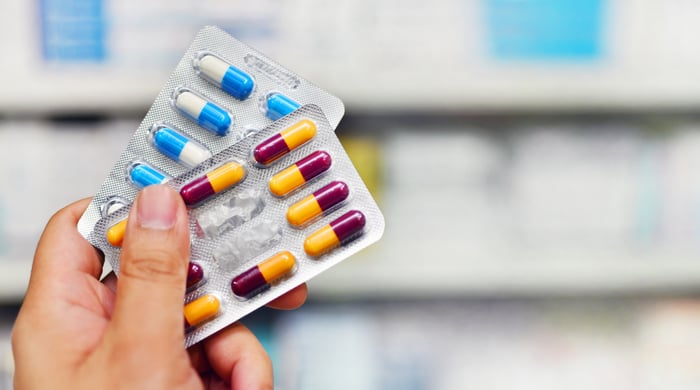 "This large, global trial confirms the efficacy of risdiplam in an advanced and difficult-to-treat population, including many infants whose disease had already progressed significantly before starting treatment," Roche's Chief Medical officer, Levi Garraway said.

A few years ago, there were virtually no treatments for SPA patients. However, pharmaceutical giants have had some success in this area, with both Biogen's Spinraza and Novartis' Zolgensma making injectable drugs available for infants with SPA. Both treatments were approved in 2016 and 2019 respectively.

Unlike these other two drugs, Roche's risdiplam is an oral treatment, which is much more convenient than its competitors. In comparison, Biogen's drug has to be injected into the cerebrospinal fluid directly through the spinal cord, a much more complicated procedure.

The FDA is expected to come to a decision regarding risdiplam by May 24. Wall Street analysts, such as Canto Fitzgerald's Alethia Young, think that the drug could reach blockbuster status with peak annual revenues of over $1 billion in the future.