Healthcare markets in the U.S. have a lot to be anxious about in 2020, with federal elections looming while the impeachment trial of President Trump continues to develop. In spite of this, however, top credit agency Fitch Ratings predicts that U.S. healthcare investment will remain strong.

Although healthcare megamergers are likely to slow down a little in 2020, more midsize acquisitions are likely to continue without losing too much steam, according to Fitch. However, M&A activity is likely to be weighted more toward the first six months of the year as opposed to the second half, when the election takes place, the agency says. 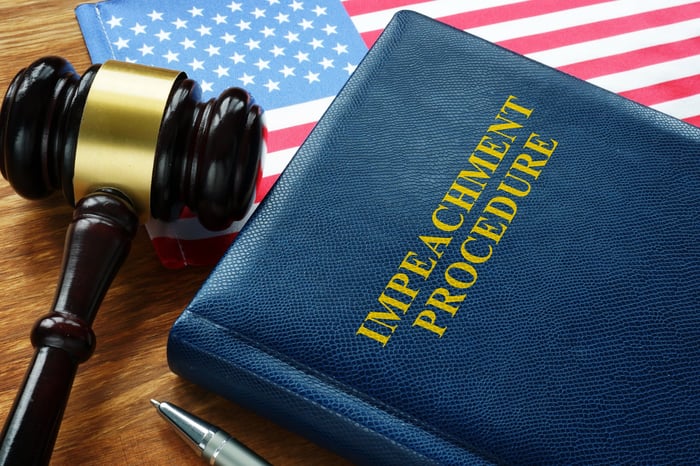 Despite the fact that "policy-making activity is important to the long-term outlook for sector cash flow ... we do not expect current uncertainty to upend strategic investment," Fitch analysts wrote in a recently released report.

A strong year for healthcare mergers

The past year has seen a number of significant mergers in the healthcare space. AbbVie's (ABBV -0.51%) whopping $63 billion deal with Allergan, CVS Health's (CVS -0.78%) $69 billion acquisition of Aetna, and Bristol-Myers' (BMY -0.66%) even larger $74 billion deal with Celgene are three of the largest deals made last year.

Healthcare reform has remained a top subject for political candidates. In particular, lowering the cost of drugs was one of the key topics in the previous Democratic debate. Many candidates, such as Sen. Elizabeth Warren, have vowed to use executive action to make it easier for generic drugmakers to compete.