The genetic diagnostics company announced the pricing of a common stock offering that suggests there's solid demand for shares.

Shares of Adaptive Biotechnologies (ADPT -0.24%) rose as much as 11.7% today after the company announced the pricing of a common stock offering. The business isn't offering the shares and will not generate proceeds from the sale of the common stock. Instead, existing shareholders are selling up to 9.2 million shares of common stock at $26.50 apiece.

The pricing of the offering suggests there's relatively solid demand for the stock. Considering shares of Adaptive Biotechnologies have tumbled 26% since the initial public offering (IPO) last summer, investors are grasping for any sign that a bottom has been reached. 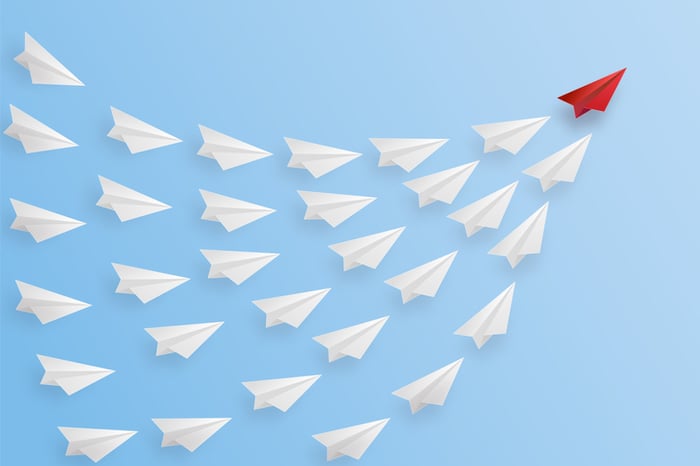 A few days ago, Adaptive Biotechnologies reported preliminary full-year 2019 revenue of $85 million. That would mark impressive year-over-year growth of 52%, but also suggests that fourth-quarter 2019 revenue declined from sales achieved in the third quarter of last year.

That didn't help to lift the spirits of investors, although growth should easily continue in 2020. Adaptive Biotechnologies is eager to ramp up sales of its first major diagnostic product, clonoSEQ, which recently received regulatory clearance and continues to earn coverage from major insurance programs.

The genetic diagnostics company ended September with over $573 million in cash, which will allow it to prioritize topline growth over profits for the foreseeable future. But considering that the business reported an operating loss of $54 million in the first nine months of 2019, and that some existing shareholders decided to cash out at relatively low prices, individual investors might prefer to see at least some progress in operating losses before the end of the year.

Cathie Wood Can't Get Enough of These 2 Biotech Stocks