Procter & Gamble (PG 1.44%) shares were down following the latest earnings report, but don't be fooled.

This was another solid quarter for the household products giant as it delivered solid growth on both top and bottom lines. The modest sell-off, with the stock falling as much as 1.5% in trading on Thursday and closing down 0.5%, seemed to owe more to the stock's big gains over the past two years than to weakening performance. Shares are still up 72% since a bottom in May 2018 and have gained 37% over the past year.

Here are the key numbers from P&G's fiscal second quarter.

With solid increases in organic sales and earnings per share, an increase in guidance, and market share gains, it's hard to find much to complain about this quarter. Though some analysts were disappointed that organic sales growth slipped from 7% in the first quarter, the healthy hike in EPS guidance shows the company is outperforming its own expectations.

Let's take a look at a few of the key areas in which P&G is executing. 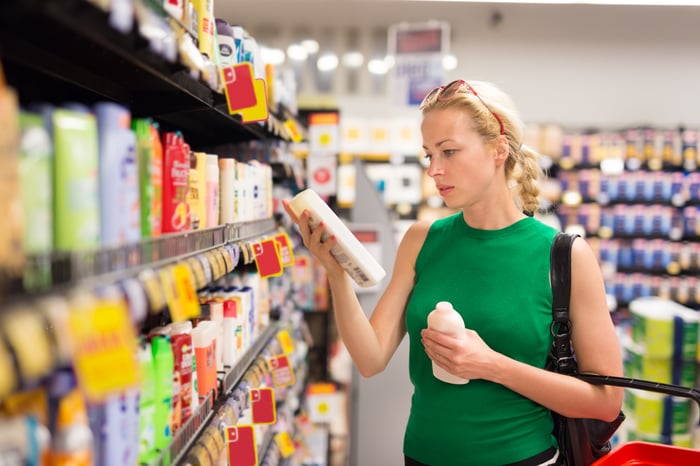 China is the world's important growth market, and it's especially important that mature consumer products companies invest in the country and build a strong presence there. That's part of the reason Coca-Cola acquired Costa Coffee. It's why Starbucks has been so focused on expansion there, and why Nike recently opened a House of Innovation in Shanghai.

P&G isn't slacking here, either. Sales jumped 13% in China in the recent quarter as they have steadily accelerated over the past five years.  Skincare has been a particularly strong growth market in China, delivering wins for both P&G and beauty giant Estee Lauder. In the recent quarter, skincare sales jumped in the high 20% range in China, with feminine care and fabric care sales also strong.

Though there are some concerns about the recent virus outbreak in China and a slowing birth rate, the recent "phase one" U.S.-China trade deal and cooling trade tensions should benefit P&G, and the company has a long-term growth opportunity in China as more Chinese move up into the middle class and spend more on household staples .

Innovation is back at P&G

A few years ago, P&G stock was stumbling. The company was losing ground to competitors big and small as it seemed more focused on divestitures and rearranging its brand portfolio rather than innovating and creating new products. However, that mentality has shifted after a restructuring and as the company has been forced to respond to competitive threats in areas like grooming.

Some of the products the company has introduced recently that have helped drive performance include Pampers Pure, plant-based diapers made with no chlorine bleaching; a $200 Gillette heated razor, a sign of the company's focus on premiumization; and Zevo, a pest control brand that's safer for kids and pets.

Overall, the company sees innovation as a key source of competitive advantage. On the recent earnings call, COO Jon Moeller explained the growth in marketing spending, saying, "We would prefer to spend that incremental dollar on advertising or innovation every day of the week. The reason is very simple. There's nothing proprietary in pricing. We can build proprietary advantage with both advertising and innovation."

Rather than compete on price, the company would prefer to compete on marketing and innovation, where it believes it has an advantage over its peers.

Margins are expanding for P&G

Perhaps the most impressive part of P&G's earnings report was the solid expansion in profitability. Currency-neutral gross margin increased 210 basis points due to productivity savings, price increases, and lower commodity costs. Those are huge gains for a mature company and the strongest evidence that P&G is executing on both sides of the income statement, gaining efficiencies and trimming costs as it's been able to pass along price increases.

That margin expansion is what's enabled strong earnings growth through the first half of the year. On the earnings call, Moeller credited the margin improvement to the company's decision to make productivity a central focus, comparing it to the importance of innovation. Moeller also said that the company's "margin of superiority was expanding," which should drive further gains over the coming quarters.

The market may believe that P&G shares are fully priced now, but the Tide maker is gaining market share, growing organically, and expanding margins. If it keeps executing like this, the stock will continue to gain.