Streaming rights in India were a pawn in the two companies' global licensing negotiations.

Last week, Spotify (SPOT -0.27%) and Warner Music's publishing arm, Warner Chappell, finally renewed their global licensing agreement. This comes after an almost year-long standoff between the two companies that was ostensibly over the rights to stream Warner's catalog in India. India is a critical market for Spotify, and this detente is welcome news for shareholders of the world's largest music streaming company.

Last February, Warner Music Group filed an injunction against Spotify in India's Bombay High Court, seeking to prevent the streaming service from launching in India with Warner's music catalog. Spotify argued its use of Warner Chappell's catalog was protected by a statutory license in India that applies to broadcasters. The issue revolved around whether Spotify would be considered a "broadcaster" in the language of India's Copyright Act of 1957.

Warner Music's CEO Steve Cooper said his company would continue to "push back against the devaluation of our artists' and songwriters' music." Spotify's then-CFO Barry McCarthy told investors at a conference in April: "We're having a food fight with Warner. ... It's not really about India. It's about leverage and renegotiation of our global agreement." It seems like Warner was attempting to use Spotify's desire to launch in India as a negotiating tactic to gain a point of leverage in the two companies' periodic renegotiation relating to the rights to stream Warner's catalog globally. 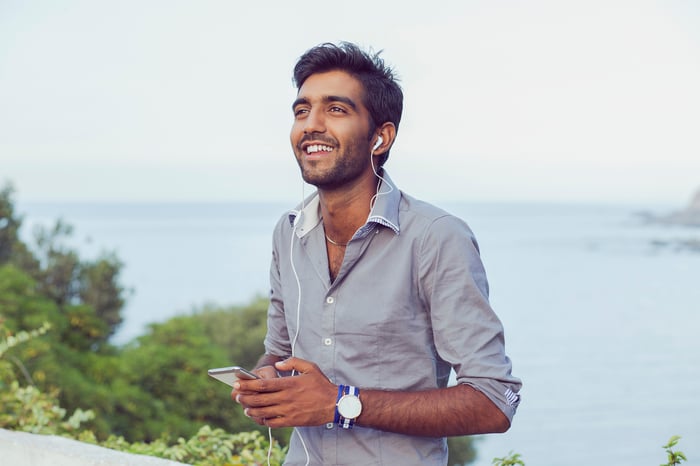 The court allowed Spotify to launch in India, but said if it streamed Warner's music it would be required to track its usage and set aside the appropriate royalties while the case was pending. Spotify did indeed launch, but did so without the Warner catalog.

Last week, the two sides finally announced their dispute had been resolved with a new global licensing agreement. Warner's spokeperson said: "We're happy with this outcome. This new deal appropriately values our songwriters' music and expands our licensed partnership with Spotify to include India." A Spotify spokesperson said: "In less than a year, millions of Indian listeners have joined Spotify, listening to their favorite artists and songwriters from across the globe. We're pleased with this agreement, and together with Warner Chappell Music, we look forward to helping songwriters and artists connect with more fans, and for more fans to enjoy and be inspired by their music."

Given the Indian court case was dropped and the two companies have a new global licensing deal, it does seem like McCarthy was correct in his assessment of the situation -- that the dispute was really about the global renegotiation and Warner had been trying to throw a monkey wrench in Spotify's India launch as a negotiating tactic.

India is a massive market with about 1.4 billion people. Today, about 150 to 180 million of them are streaming music, but third parties estimate that figure should reach about 500 million within two to three years. So it's a critical market for Spotify, and launching without music from one of the world's three largest music labels was certainly a disadvantage. Spotify needs to be competing with as much music as possible, given it is playing catch-up to Gaana, India's largest music streaming app, which has over 100 million monthly active users. Plenty of other competition exists in the market with JioSaavn, Alphabet's YouTube Music, Apple's Apple Music, and others.

Spotify gained its first million users in India within one week of its February 2019 launch. Later, in July, it disclosed it had reached over two million users. That's a decent start, especially since it was competing without Warner's catalog, but it will need many more users to catch up to the market leader. Investors in Spotify should pay close attention to the company's progress in this huge market.