Please ensure Javascript is enabled for purposes of website accessibility
Log In Help Join The Motley Fool
Free Article Join Over 1 Million Premium Members And Get More In-Depth Stock Guidance and Research
By Jim Crumly - Jan 25, 2020 at 9:00AM

Both medical device stocks have characteristics investors should consider.

Healthcare stocks languished during most of 2019 as the markets fretted over political risks associated with the upcoming presidential election. But the sector picked up some steam in the last three months of the year as those worries subsided and investors turned to the sector looking for opportunities that could hold up well if the economy turns down.

DexCom (DXCM 3.01%) and Abbott Laboratories (ABT 1.58%) are two very successful healthcare companies that appeal to different sorts of investors. DexCom is a pure play in one of the hottest areas in healthcare, while Abbott Labs is a diversified, steady performer. Which one wins the nod as the better stock to own for the next few years?

DexCom specializes in one type of medical device for people with diabetes, continuous glucose monitors (CGMs), and has been wildly successful in that space. The company's current line of monitors uses a small sensor inserted under the skin and a Bluetooth transmitter that connects to a DexCom receiver, a smartphone, or a smartwatch. The system takes blood glucose measurements every five minutes and alerts the wearer when glucose levels fall outside a safe range. 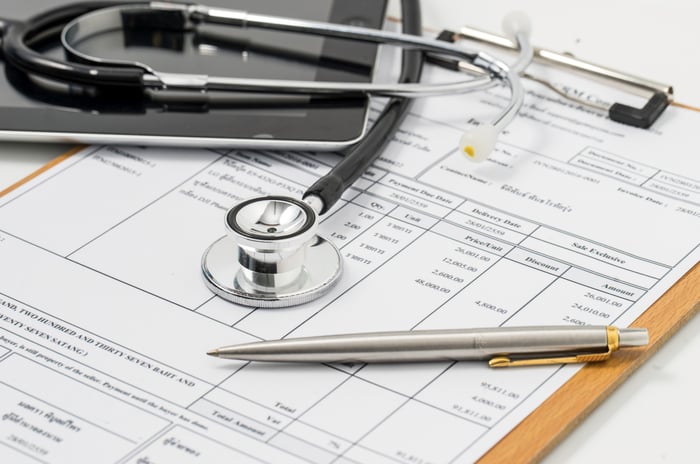 The advantages of frequent measurements and no requirement for pricking fingers have resulted in rapid sales growth for DexCom. Through the first three quarters of 2019, revenue is up a whopping 46% to $1.01 billion, and non-GAAP (adjusted) earnings per share are $0.69, up from a loss of $0.19 in the first nine months of 2018.

Abbott Labs also makes CGMs, but it's a broadly diversified healthcare company that's over 20 times the size of DexCom and sells more than 1,500 products. The company has four business segments: Medical devices (at 38% of revenue) is the company's biggest, along with diagnostics, nutrition, and established pharmaceuticals.

All four segments are contributing to Abbott's steady but relatively unspectacular growth. Overall, the company has grown year-to-date revenue by 7.4% on an organic basis (that is, excluding currency effects and the effect of a discontinued business) to $23.6 billion. Revenue from medical devices has grown 10.2% organically over the prior year, pharmaceuticals are up 6.5%, diagnostics has grown 5.7%, and nutrition 5.2%. Earnings per share are up 10.6% to $2.29.

Abbott's glucose monitor, FreeStyle Libre, actually outsells DexCom's and is growing faster. The Abbott CGM generated $496 million in revenue in Q3, compared with $396 million for DexCom's. Sales growth for the product line was 63%, beating DexCom's 49% growth in the quarter.

DexCom's rapid growth will likely continue for at least a few more years, although perhaps at a somewhat slower pace. In a recent update, the company gave muted guidance of revenue growth between 17% and 21% in 2020, down from 42% growth in 2019, but the company regularly underpromises and then beats expectations. 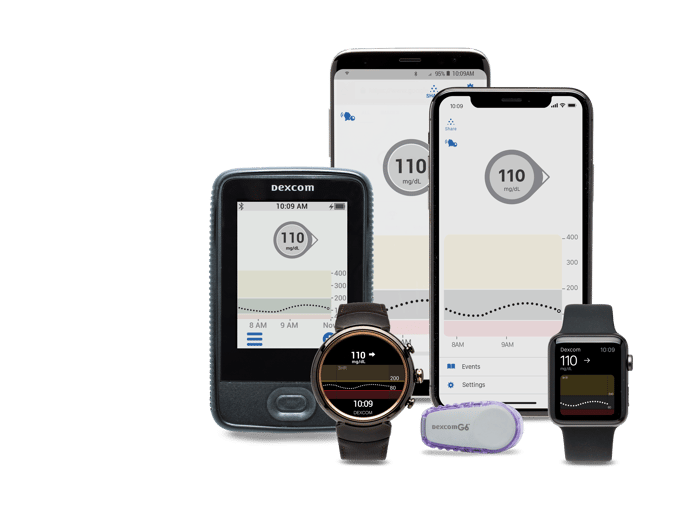 DexCom's core customers are diabetes patients on intensive insulin therapy who need to regulate blood glucose level to within a range. That market is growing with the diabetes epidemic, and DexCom has plenty of runway. Only about 15% of the type 2 diabetes patients in the U.S. on intensive therapy are using CGMs. The company is gearing up to launch an improved version of its devices in late 2020, which should boost sales and improve profits due to a lower manufacturing cost.

Longer term, DexCom has plenty of room to grow outside its core market, though. The company is growing its sales team to market to hospitals for glucose monitoring in inpatient settings and is conducting studies with pregnant women for management of gestational diabetes. Ultimately, the larger population of patients with type 2 diabetes who aren't on intensive diabetes therapy and even the 84 million people in the U.S. who are pre-diabetic could be part of the company's addressable market. Monitoring blood glucose could become an important part of controlling diet and exercise to halt the progression of the disease.

Sales of Abbott's CGM may be growing faster than Dexcom's, but they're small compared with the overall total for the company. Fortunately for Abbott's shareholders, the company has other bright spots that are driving growth. 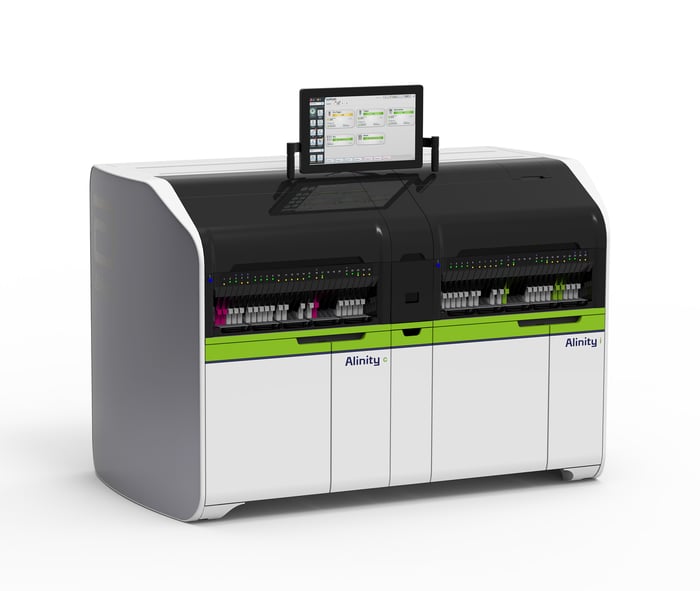 Abbott's MitraClip, an implant to repair leaky heart valves, is growing sales at over 30%. Alinity is a family of high-throughput systems for core laboratory testing such as blood chemistry analysis, and the recent rollout of the products in Europe is helping to grow that product line in double digits. Abbott's established pharmaceuticals business is focused on selling branded-generic medicines into emerging markets, where demographics and improving standards of living are tailwinds for growth.

There really aren't any weak points in Abbott's highly diversified business, which makes the company's bottom line steady and very predictable. It is guiding toward non-GAAP EPS growth of about 12% for 2019, and it should be able to maintain growth at about that rate for years.

DexCom doesn't pay dividends, but Abbott is a Dividend Aristocrat, having increased its payout for 48 consecutive years. Last month it raised the quarterly dividend a healthy 12.5%, and it now yields 1.6%.

Shares are priced to reflect the massive growth that investors expect to see from the business. The stock sells for 122 times the analyst consensus estimate for earnings in 2020, which assumes about 33% growth from 2019.

Abbott's stock sells for about 25 times expected 2020 EPS, which is much cheaper than DexCom, but doesn't exactly put the stock in value territory given a growth rate in the low teens.

Given DexCom's strong business momentum and wide-open avenues for long-term growth, I think investors will continue to award the stock a high multiple and the shares will likely outperform those of Abbott Labs over the next few years. But DexCom's valuation adds risk to the stock, and there is also a good chance the investors will have a bumpy ride on the way to gains, especially if the market turns down and shuns risk for a time. DexCom would be my pick for risk-tolerant growth stock investors.

Abbott Laboratories is more suitable for some investors, though. The well-managed blue chip produces steady growth that's diversified across a broad portfolio. And though the yield isn't particularly high, it's a dependable dividend stock that isn't very susceptible to either the economy or the whims of the market. Conservative investors who want a stock they can buy and forget about for decades should consider Abbott Labs over DexCom.