Please ensure Javascript is enabled for purposes of website accessibility
Log In Help Join The Motley Fool
Free Article Join Over 1 Million Premium Members And Get More In-Depth Stock Guidance and Research
By Anders Bylund - Jan 25, 2020 at 11:13AM

The media giant beat Wall Street's expectations, but there were some pockets of disappointing results hidden within.

Media conglomerate Comcast (CMCSA -0.02%) reported fourth-quarter results on Thursday morning. The company exceeded Wall Street's expectations across the board, but the report was also studded with market-by-market trouble spots. Meow.

Comcast's fourth-quarter results by the numbers

The reported year-ago results were adjusted to include contributions from British broadcasting service Sky as if Comcast had acquired it on Jan. 1, 2017. This way, we get to look at reasonably comparable results rather than accounting for a partial quarter of Sky's revenues and operating income, as the deal was actually completed in mid-October 2018.

On that note, the Sky division's revenues rose 0.4% year over year according to the adjustments noted above, landing at $5.04 billion. EBITDA profits from this segment held steady at $765 million. The service added 77,000 subscribers during the fourth quarter, or 394,000 net new accounts across the full year, but advertising sales fell 5% due to stricter regulations on the advertising of gambling services in Italy and the U.K.

The NBCUniversal studio posted total sales of $9.15 billion, 2.6% below the year-ago period's reading. The weakness was broad-based with lower top-line takes in nearly every sub-section of this division, but theatrical content led the way with a 59% revenue drop. The star-studded silver-screen adaptation of the Broadway classic Cats collected just $60 million in global ticket sales on a $95 million production budget and an even larger advertising campaign. Comcast's top brass didn't mention this flop even once in the fourth-quarter earnings release or conference call. Comcast would probably like us to forget about Cats, but the film clearly made a significant dent in NBCUniversal's financial results. 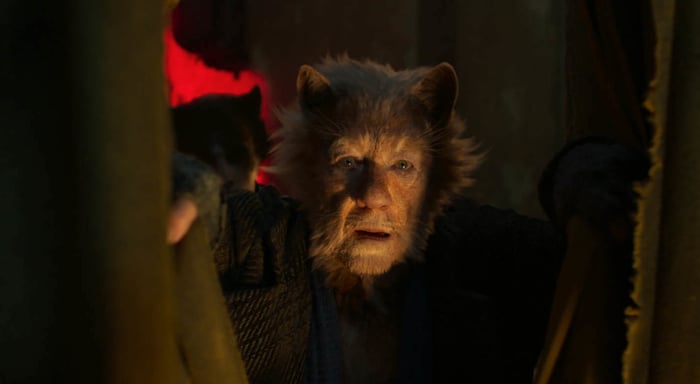 Comcast has come a long way from the pure-play cable TV giant we saw just 10 years ago. The NBCUniversal buyout in 2011 was a game changer and the company is bleeding cable subscribers while adding internet accounts these days. If these trends keep up for a few more years, Comcast will become a marriage between a high-speed internet service and a major movie studio that also happens to dabble in broadcasting on the side.

CEO Brian Roberts sees the writing on the wall.

"With the rate adjustments [read: price increases] that we are implementing in 2020, as well as the ongoing changes in consumer behavior, we expect higher video subscriber losses this year," Roberts said on the earnings call. "Video is still valuable for us to attach to our broadband-centric customer relationships, but only to the extent that it helps us increase the lifetime value of those relationships."

It's good to see Comcast's management copping to the challenges that lie ahead. 2020 could be a decent year due to the upcoming Olympics coverage and the opening of a Nintendo-themed theme park in Japan. That being said, I find it hard to invest in strategy-overhaul concepts like Comcast's current situation and will happily watch this stock from the sidelines. There are too many better investment ideas on the market right now to make any significant bets on this patchy quilt of mismatched media businesses.