Abiomed had a rough time in 2019, but the growth story hasn’t changed. Recent share declines could be an opportunity to make a great entry point.

Abiomed (ABMD -3.50%), a maker of heart pumps for use during medical procedures, had a difficult 2019. The stock fell 48%, earnings missed analysts' estimates after three quarters of positive surprises, and the company recently slashed its outlook for the full year. While all of this may sound grim, it actually points to a buying opportunity.

The old saying is "Lightning never strikes the same place twice," but for Abiomed, it did. The company's earnings and share price troubles weren't linked to real problems with its products, but instead, to the interpretation of two separate pieces of news. 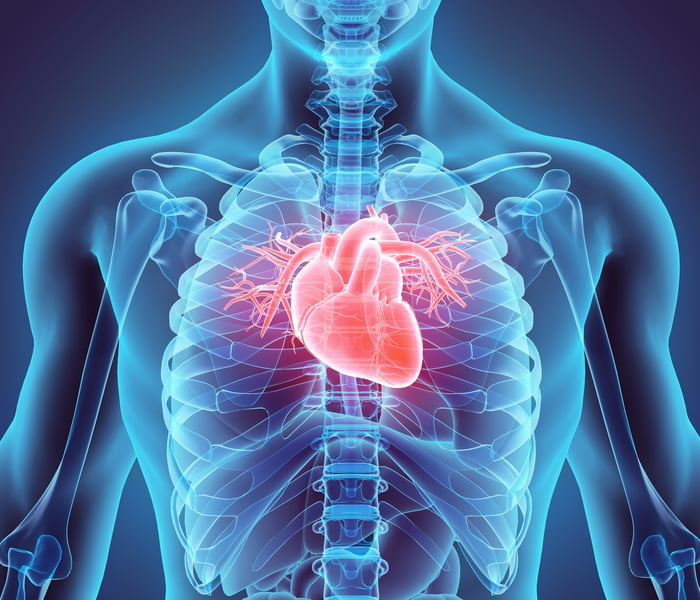 Trouble began in February when the Food and Drug Administration sent a letter to cardiologists and other users of Abiomed's Impella RP heart pump, saying mortality in a newer study was much higher than mortality in the study that led to the device's approval. Abiomed's devices are used to improve blood flow and help the heart pump during various therapies for advanced heart failure, cardiogenic shock, and other indications.

The FDA issued a follow-up letter three months later that clarified the situation, in Abiomed's favor, indicating the lower survival rate applied to patients who wouldn't have qualified for the premarket clinical studies. But the stock had already begun to suffer.

The second negative event happened later in the year when a presentation at the American Heart Association convention showed that Abiomed's Impella device was linked to higher bleeding rates and death compared with treatment involving intra-aortic balloon pumps (IABP) in two observational studies. Abiomed responded, calling the data "flawed" for several reasons, including the fact that patients in the Impella group were sicker and represented greater risk than patients treated with IABP. Seth Bilazarian, medical director at Abiomed, said "In this data set, a patient walking in for an elective procedure looks the same as a patient in cardiac arrest with cardiogenic shock."

These two "lightning strikes" shook the confidence of investors and doctors, and as a result, the company's stock price and earnings suffered. Abiomed reported earnings of $0.28 per share in the fiscal 2020 second quarter, lower than the $0.93 analysts expected. And more recently, the company lowered its forecast for fiscal year 2020 revenue to the range of $846 million to $877 million. The earlier forecast was for revenue in the range of $885 million to $925 million.

Still, the recent earnings news hasn't all been bad, especially for an investor looking for a long-term story. Even Abiomed's lowered annual guidance represents a gain of 10% to 14% over the prior year, and revenue continues to grow. In a preliminary third-quarter report this month, Abiomed reported a 10% increase in total revenue and a 29% surge in revenue outside the U.S. If the past is any guide, Abiomed has steadily grown annual revenue and profit since 2016.

Another bright spot is that the company outlined the action it has taken to address the damaging data from the American Heart Association meeting. Abiomed's efforts include a road show to review clinical data with physicians, an education program bolstered by experts in the field of circulatory support, and other communication-related actions.

Abiomed's position in the market is another reason to be optimistic about the company. Impella is the only FDA-approved heart pump for percutaneous coronary intervention, a minimally invasive procedure for stent placement. The device competes with the IABP, which has been used since the 1960s. Both devices push blood from the left ventricle to the aorta, but the IABP uses the force of the heartbeat, while the Impella works independently of the patient's heartbeat.

The heart pump market was valued at $1 billion in 2017 and is expected to grow at a 12.5% compound annual growth rate through 2023, according to Market Research Future. Though Impella costs more than the IABP (more than $20,000 versus about $800), it often results in cost savings by the end of treatment. Abiomed cites a Yale study that shows the use of devices like Impella in heart procedures reduced costs by as much as $54,000.

Is Abiomed a buy?

Considering Abiomed's profits and its market position, the investment case looks attractive. The company has demonstrated steady earnings and revenue growth over a period of years, and through data and communication, reassured investors and doctors about Impella's safety after last year's troubles.

With those problems mostly behind Abiomed -- one might expect additional impact in the full-year earnings report -- the share declines offer investors an excellent entry point right now. The company currently trades at about 38 times earnings, near its lowest ever, and from today's price, Wall Street predicts 25% upside. Abiomed is definitely a stock to buy now and hold onto for the long-term.