Please ensure Javascript is enabled for purposes of website accessibility
Log In Help Join The Motley Fool
Free Article Join Over 1 Million Premium Members And Get More In-Depth Stock Guidance and Research
By Jeremy Bowman - Jan 27, 2020 at 8:41AM

Another unprofitable unicorn is about to make a splash on the market.

During a time when the IPO market has been troubled since the WeWork debacle as investors prioritize profits over growth, Casper hopes to buck the recent trend. Touting the growth of the sleep economy and its unique brand in the space, Casper has grown to a valuation in the private markets of $1.1 billion. The company generated $456 million in revenue over the last four quarters, and at just six years old, Casper has already had a significant impact on the mattress and sleep industry, sparking rapid growth in direct-to-consumer mattress sales.

Despite the company's well-known brand and impressive growth so far, there are a number of reasons investors may be better off sitting out Casper's IPO. 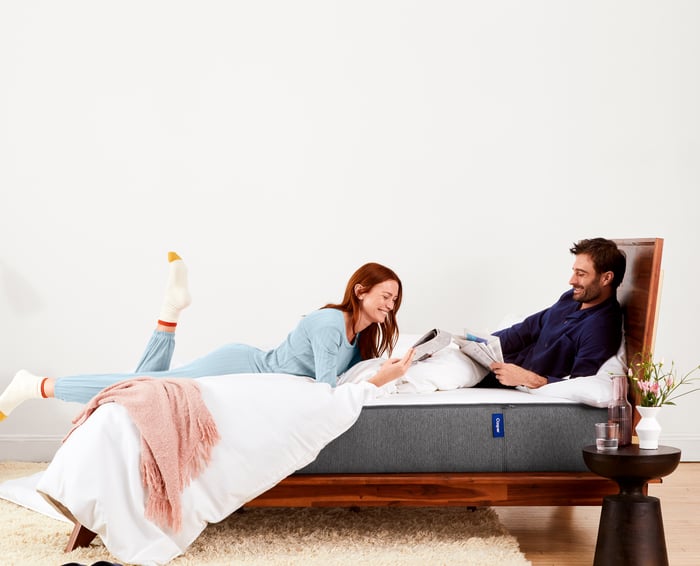 Additionally, through the first three quarters of 2019, direct-to-consumer (DTC) revenue has slowed to just 13%, a sign that Casper's core business is rapidly maturing as online mattress sales are no longer new, and a number of competitors like Purple and Nectar have sprouted up to grab a share of that market. Traditional mattress retailers, meanwhile, are also innovating. Casper has supplemented that growth by opening its own stores and selling to traditional retailers as sales to retail partners are up 74.6% in 2019. Nonetheless, the slowdown in its DTC business seems like a warning of the company's inability to maintain its current growth trajectory.

Slowing growth and bottom-line losses are not a winning combination -- Casper reported an operating loss of $65.1 million through Sept. 2019, essentially flat from the year before, showing that margins are modestly improving. In 2018, its operating loss was $92.0 million.

Casper's business model is heavily dependent on marketing spending. Through the first nine months of 2019, the company spent 36.5% of its revenue on marketing, a slight increase from the prior-year period even as revenue growth is slowing markedly. In other words, it will be difficult for Casper to continue to grow quickly while also delivering profits.

Casper is attempting to disrupt the mattress and broader sleep industry, but mattresses are durable goods, lasting about seven to 10 years. Even a satisfied customer isn't going to buy another mattress for several more years, and most consumers aren't in the market for a new mattress at any given time. That doesn't mean that Casper can't succeed -- the company has made add-on sales by offering accessories like bedding and generating repeat purchases from customers who need a second or third mattress.

However, since the mattress purchasing cycle is a long one, that has given competitors both online and offline a chance to catch up. Retail giants like Walmart and Amazon now sell their own foam mattresses, aiming to capitalize on the market opportunity Casper has revealed.

As Casper sees it, much of its long-term growth opportunity comes from the emergence of the "sleep economy" -- another component of the wellness industry that is emerging as consumers better realize the value of sleep and spend more on better products, accessories, and technology.

This isn't a fast-growing industry like cloud computing or cannabis that has excited investors, and if Casper is going to keep growing, it will come from taking share from competitors, not from a rapidly expanding market opportunity.

In interviews, Casper management has said it aims to be the "Nike of sleep." It's not surprising that a start-up would want to compare itself to a global brand like Nike. The leading sportswear company is one of the biggest success stories in consumer products, now worth about $150 billion and known both for its innovation and marketing prowess.

However, there's a key difference between a brand like Nike -- or Mercedes, for that matter, or even Starbucks -- and Casper. The first three are all highly visible brands. When you put on a pair of Nike sneakers, you are making a statement about yourself (what, exactly, is up for interpretation), but sneakers, like cars, are a highly branded product. Nike's success has come in part from its ability to make its brand with its Swoosh logo a desirable one to wear, which is reinforced by iconic products like its Air Jordan sneakers.

Mattresses are just the opposite. No one knows what brand of mattress you sleep on, and they don't care. Therefore, the value of paying up for a name-brand product is diminished. That's one reason why the mattress market is highly fragmented, while sneakers are just the opposite with a handful of major players.

Casper will likely struggle to unite the fragmented market over the coming years, especially as it's competing with established national chains, other online start-ups, and behemoths like Walmart and Amazon that smell an opportunity.

The young company has yet to reveal what valuation it's aiming for, but this growth story already looks challenged. There's no need to lose sleep over the mattress maker's upcoming debut.