AstraZeneca (AZN 0.30%) announced that its blood thinner drug Brilinta met its primary endpoint in a late-stage trial. Patients that had taken a combined treatment of Brilinta and aspirin saw a significant reduction in the chance of stroke or death in comparison to patients that just took aspirin alone.

The phase 3 Thales study, which featured over 11,000 patients, tested whether the two drugs taken together could reduce the chance of stroke in patients that already had a previous stroke. Patients had been given a 180-milligram initial dose via injection on the first day, followed by smaller doses through the next couple of days. The main adverse event from patients taking Brilinta was an increased bleeding rate in the arm that took the treatment, which was expected. 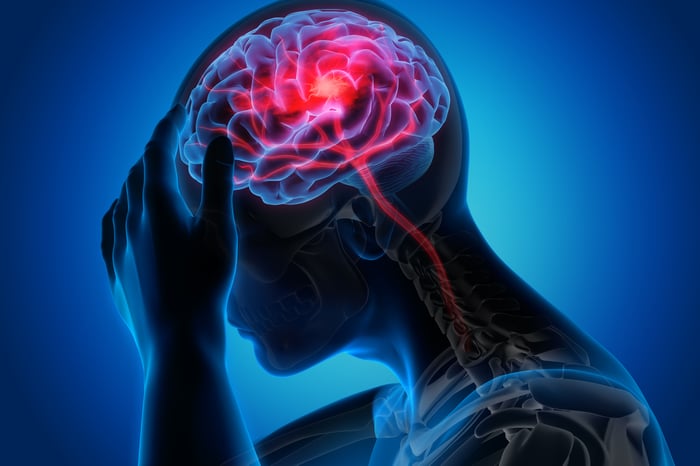 "While an expected increase in bleeding was observed, the findings from THALES showed that Brilinta, in combination with aspirin, reduced the risk of potentially devastating events," said Dr. Clay Johnson, lead investigator of the trial. AstraZeneca plans to present the full data in an upcoming medical meeting, although it wasn't specified which one.

Brilinta was first approved by the Food and Drug Administration (FDA) in 2011 to reduce the chance of heart attacks in patients with acute coronary syndrome. Since then, the drug has received expanded approval for long-term use in patients at high risk of heart attacks.

The phase 3 Thales trial results are a complete reversal of an earlier study conducted in 2016, which showed Brilinta was no better at reducing strokes than aspirin alone. It's a welcome turnaround for the pharmaceutical giant, which has high hopes for Brilinta.