Please ensure Javascript is enabled for purposes of website accessibility
Log In Help Join The Motley Fool
Free Article Join Over 1 Million Premium Members And Get More In-Depth Stock Guidance and Research
By Luis Sanchez CFA - Jan 29, 2020 at 9:45AM

Leo Hindery has raised capital with this stock to acquire and run something new.

Famed media investor Leo Hindery has had a distinguished career, and he's not done yet. Last year, Hindery launched a special purpose acquisition company (or SPAC) to buy and operate a business in the media or communications industry. Hindery's SPAC, called Trine Acquisition (TRNE), raised $261 million in an initial public offering last March. That cash is now sitting in Trine's bank account to be deployed on a promising acquisition negotiated by Hindery and his team.

Who is Leo Hindery?

Whether Trine will be a good investment will come down to what kind of acquisition the management team negotiates for shareholders. Therefore, the most crucial factor for judging Trine's stock today is its management team. And its shareholders appear to be in very capable hands with Hindery and his team.

Hindery is the founder of InterMedia Partners, a private equity company focused on investing in the media industry. He took a break from InterMedia to be CEO of Tele-Communications, a major cable company, which he merged with AT&T in a $48 billion deal in 1999. He then was CEO of GlobalCenter, a major internet service provider. 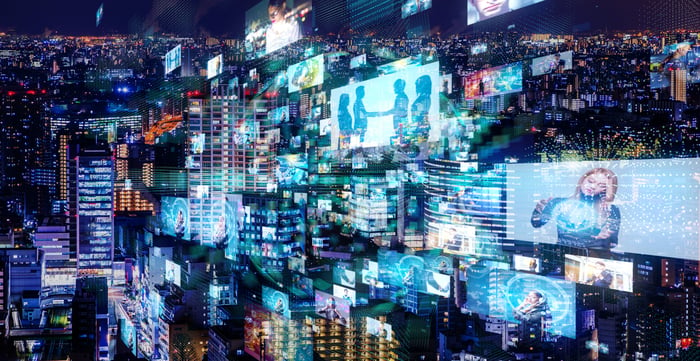 In the early 2000s, Hindery became the first CEO of The YES Network, a regional sports network that is home to the New York Yankees (YES is now owned by Sinclair Broadcasting).

Hindery returned to InterMedia in the mid-2000s and has been investing out of InterMedia's private equity fund ever since. For his many years of leadership steering large media organizations, Hindery has been inducted into the Cable Industry Hall of Fame and was recognized as one of the cable industry's 25 most influential executives over the past 25 years.

This unique combination of investment and operations acumen is ideal for acquiring and running a new business out of an entity like Trine Acquisition.

What Trine could acquire

There are many companies that Trine could potentially acquire, and Hindery has given investors no explicit hints. But they can look to what companies he has acquired as a private equity manager for an indication of what he might be interested in.

InterMedia has also invested in some businesses that are lesser-known but equally interesting, including Magic Johnson's Aspire, a cable channel that produces TV and movie entertainment; the Sportsman Channel, dedicated to hunting, fishing, and shooting; and Thomas Nelson, a Christian book publisher and distributor.

The diverse collection of assets acquired by InterMedia Partners contains some real gems, reflective of Hindery's strong network within the media industry.

Trine's success depends on what the company ends up acquiring, which is unknowable at this stage. However, investors in the stock have some comfort knowing that media industry magnate Leo Hindery is in their corner. He has invested in and led some of the most notable organizations in the media and telecom category. While there is always a chance that Trine is stuck with a subpar deal, I wouldn't bet against him.