Please ensure Javascript is enabled for purposes of website accessibility
Log In Help Join The Motley Fool
Free Article Join Over 1 Million Premium Members And Get More In-Depth Stock Guidance and Research
By Leo Sun - Jan 29, 2020 at 6:00AM

Shifting from deliveries to in-store pickups might lock more restaurants into GrubHub's digital ecosystem -- but is it simply reacting to the competitions latest moves?

Grubhub's (GRUB) stock has tumbled 30% over the past year as growth decelerated, profits plunged, and market share was chipped away by rivals like DoorDash. The food delivery company didn't offer investors any clear turnaround plans and warned that its growth would continue to decelerate as it ramped up its spending.

However, Grubhub recently unveiled a new software platform to integrate all of a restaurant's ordering channels onto a single system. The "Ultimate" platform includes a point of sale (POS) system that integrates into Grubhub's apps, a kitchen display system for employees, in-store self-operating kiosks for customers, and a heads-up customer display for viewing real-time order estimates. 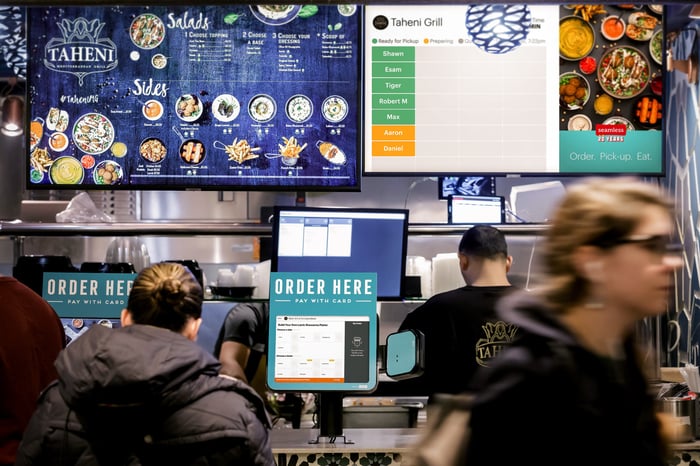 Ultimate lets customers place orders online or in store and pick up their own orders, enabling smaller restaurants to mimic the online ordering systems of larger chains like Starbucks and McDonald's. Grubhub claims that Ultimate will boost the efficiency of restaurants by streamlining orders and "replacing error-prone handwritten scribbles and shouts" in phone orders.

Grubhub developed Ultimate over the past five years and tested the service in over 100 locations in New York City and Chicago. Its press release notes that one early adopter, Art Bird & Whiskey Bar in Grand Central Station, boosted its sales by 10% and reduced its employee costs by 15% after installing Ultimate. So can Ultimate lock in Grubhub's customers, generate fresh subscription revenue, and widen its moat against DoorDash and Uber (UBER 4.30%) Eats? Let's examine the key facts to find out.

An expansion of Grubhub's digital ecosystem

Grubhub became one of the largest food delivery platforms in the U.S. by gobbling up smaller competitors. But in 2018, it took a different approach with its shopping spree and acquired LevelUp, a Boston-based payments and loyalty services provider, for $390 million in cash. Grubhub subsequently integrated LevelUp's services, along with its core delivery app, into restaurants' POS systems. 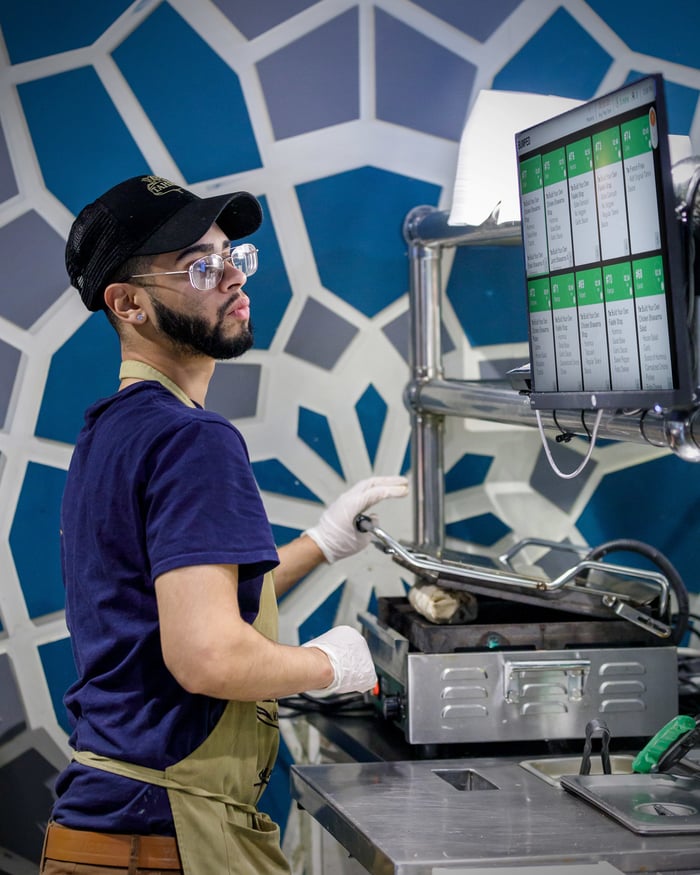 During the third-quarter conference call, CEO Matt Maloney claimed that LevelUp strengthened its in-house POS systems and gave Grubhub "an unprecedented level of flexibility and sophistication to build and manage the business rules for loyalty programs." Maloney also declared that LevelUp's first-party integration "will always be better than anyone else's loyalty programs who go through a third-party integrator for POS integrations."

Ultimate represents an expansion of LevelUp's ecosystem. In addition to managing deliveries, digital payments, and loyalty programs for restaurants, Grubhub also wants to control their in-store ordering and pick-up systems.

The company likely believes that this system will boost its revenue per restaurant, prevent them from striking exclusive deals with DoorDash or Uber, and lock more users into its mobile app. In-store pickups could also reduce Grubhub's dependence on drivers, many of whom are demanding benefits and higher wages. It could also address ongoing concerns regarding safety and sanitation standards for delivery drivers.

But is Grubhub merely reacting to DoorDash's purchase of Caviar?

Caviar is an underdog in the food delivery market, but it's still firmly tethered to Square's online payments and analytics ecosystem. Square for Restaurants, the company's all-in-one platform for payments and order management at eateries, is already integrated into Caviar, DoorDash, and Postmates' delivery platforms.

Therefore, DoorDash is also tightening its grip on restaurants by bundling together various digital services. DoorDash already offers pick-up options at select restaurants, and it could leverage Square's technology to develop a competitor to Grubhub's Ultimate.

Ultimate should boost Grubhub's revenue while reducing its dependence on drivers. However, DoorDash can easily implement similar strategies, and it doesn't need to fret too much about operating expenses since it's still a private start-up backed by venture capital.

Investors should keep an eye on Ultimate and the expansion of Grubhub's digital ecosystem. However, they shouldn't assume that it's a magic bullet that will reclaim market share in the near future.