Cruise line operators are already planning for the Wuhan coronavirus to affect their business. How should investors react?

The new coronavirus that began in China has now infected more than 8,200 people and killed at least 170 as of Thursday morning. Chinese authorities have severely limited travel from Wuhan, the epicenter of the virus. Travel across China has been suspended and several major cities have been put on effective lockdown in an effort to stem the contagion.

Despite that, the outbreak has spread to 19 countries, many in the Asia-Pacific region. While efforts continue to contain the virus and help the afflicted, there's potential for disruptions and revenue loss for businesses, especially travel-related ones. 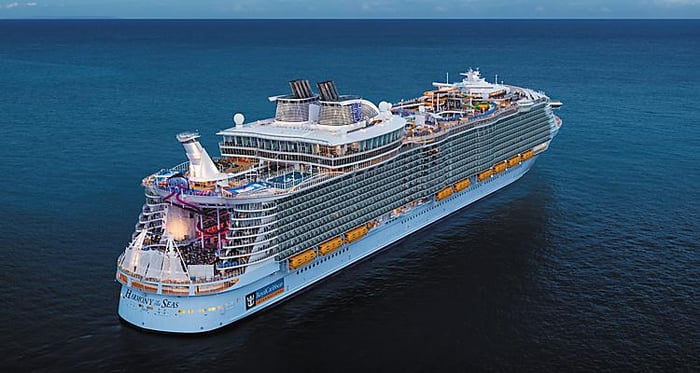 The overall effect on cruise and travel companies is still unknown

Already, Carnival and Royal Caribbean have canceled some cruises out of China due to fears of coronavirus spreading. Depending on the severity of the outbreak, which is yet to be determined, there could be ongoing cancellations of trips. While this could dent the revenues of cruise line companies, the travel industry has survived past virus outbreaks, such as the severe acute respiratory syndrome (SARS) outbreak in 2003. The decrease of stock prices during that epidemic was short-lived: One month after the start of SARS, the Dow Jones World Travel & Leisure index fell 2.6% but was up 8.6% after six months. Similarly, six months after the start of the 2004 H5N1 avian flu outbreak, the index showed an increase of 3.9%.

Royal Caribbean and Carnival are now limiting operations in China on guidance from the Chinese government. Chinese travel agencies, following government orders, had to cancel group trips, which comprise much of cruise line revenues in China.

There is still uncertainty about how long travel disruptions or the spread of the virus will last. Furthermore, consumers' comfort and willingness to travel to and around China could be affected for a longer period, depressing the spend on cruises. Now there is an added risk of passengers from Asia potentially spreading the virus to other regions.

On Thursday, The Associated Press reported that Costa Cruises (owned by Carnival) was keeping 6,000 passengers aboard one of its ships in Italy after a passenger from Macau exhibited potential symptoms of coronavirus. Passengers are remaining on the ship until the nature of the illness infecting the woman is determined. If more cases like this occur, it could mean bigger revenue dents for cruise lines. Consumers might be nervous about the virus being on cruises outside of Asia and about having to be quarantined on ships for medical reasons.

How Royal Caribbean's business could be affected

Royal Caribbean estimates that its three canceled sailings in China (through Feb. 8) will affect its 2020 financial earnings results by about $0.10 a share. However, if travel restrictions in China continue for the rest of February, the company expects another $0.10 effect. China comprises 6% of the cruise line's capacity for 2020.

The company said: "[W]e expect an erosion of consumer confidence in China could have an additional impact on load factor and rate in the region until the market normalizes. If these travel restrictions continue for an extended period of time, they could have a material impact on the overall financial performance of the company."

Royal Caribbean receives 16.5% of its revenues from the Asia-Pacific region, according to Factset. The company's revenue could be affected not only by travel bans and disruptions but also by consumer fears around exposure to the virus.

Scott Black, founder of Delphi Management, does not believe coronavirus will have an extensive effect on Royal Caribbean's stock, which he recommends. About whether the virus affected his view on the shares, he said, "No, this too shall pass."

The fundamentals of Royal Caribbean are still strong, with consensus expectations of an 11% increase in earnings per share next year. The median analyst target price on the stock is $149, implying a 22% return from the current price.

Will Carnival's revenues be hurt?

While Carnival has 13.4% revenue exposure to the Asia-Pacific region, the largest cruise line estimates the effect of coronavirus to be $0.03 to $0.04 per share. The company canceled nine cruises through Feb. 4. There are also projected cancellations from Chinese fly cruise guests who embark on cruises outside of China. An additional $0.05 to $0.06 per share of effect could occur if the travel restrictions in China continue through February, Carnival stated in a public report. There's an additional risk if travel bans continue longer than expected.

Carnival continues to see tremendous long-term opportunities in China. Regarding the country, the company commented: "We believe that our most significant long-term growth opportunity in Asia is in China, due to its large and growing middle-class population, expansion of its international tourism and the government's plan to support the cruise industry." The company has 5% of its total capacity ported in China for 2020.

The cruise operator's fundamentals remain intact, and while its revenues could experience some temporary volatility, it is well-positioned in the longer term. In 2019, there are 72 million baby boomers in the U.S. As more people from this demographic, which has been a traditional focus of cruise lines, retire, they will tend to spend extra time and money on cruise vacations. Analysts have a median price target of $52 on shares of Carnival, implying a 12% increase from the current price.