Over the past few quarters, Facebook (META 7.19%) has called out increasing engagement in its flagship app as a significant reason for the increase in ad impressions across its family of apps. Ad impressions increased 31% last quarter with Facebook News Feed leading the list of growth drivers (followed by Instagram Stories and Instagram Feed), CFO Dave Wehner told investors during the company's fourth-quarter earnings call.

Later in the call, founder and CEO Mark Zuckerberg explained the main reason he thinks the company is seeing continued engagement growth on one of its oldest and most mature products. The company has taken steps to expand the utility of the main app with additional features like Dating, Gaming, Marketplace, Watch, and other features. And while not everybody will use those features, they each appeal to a big enough segment of the user base to drive meaningful growth in engagement. 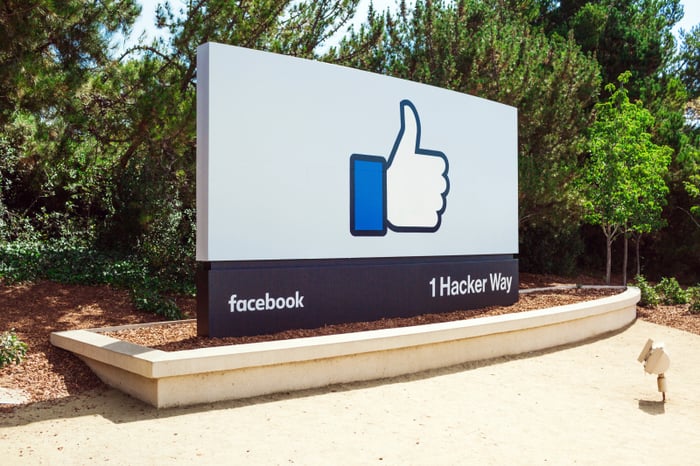 In China, there's an app that's basically impossible to live without -- Weixin. You might know it better as WeChat, and Tencent (TCEHY 2.46%), the company behind the app, has built a lot of functionality into what was once just a simple messaging app. You can now pay for practically anything, from online merchants to local supermarkets. You can hail a taxi, book train tickets, or schedule a doctor's appointment, among dozens of other options, using its "mini-apps." It also has a Facebook-like feed called Moments featuring updates from friends that's driving Tencent's social advertising business.

Facebook's built out the functionality of its main app in a similar manner. While it used to be just a place to connect with friends, it now has features for finding romance (Dating), buying and selling things (Marketplace and Buy/Sell Groups), finding new communities (Groups and Events), watching entertaining videos (Watch and Gaming), and keeping up with current events (News), among other things.

Zuckerberg is clear that not everything Facebook builds will be for everyone. "But even if tens or hundreds of millions of people use them, then we're adding unique value that other folks might not be able to build, and we're making the app more valuable," he said.

There may be more opportunities to build additional features on top of the Facebook app, and that could further increase overall engagement. Zuckerberg sees these "social utilities" as an essential piece of Facebook's future:

They're going to use News Feed, and then they're probably each going to have two or three other of these social utilities that they find valuable. And as we start building those, I think that that's some part of the story that you're seeing on why the Facebook app engagement has been strong recently is, especially as we build more of these things, that certainly is showing up in how people use the app.

While Tencent offers tons of functionality in WeChat, its primary form of monetization is from ads in Moments. Even Tencent's payments back end isn't a significant source of revenue with its take rate of just 0.6%, well below stand-alone payment-processing companies.

Facebook is taking the exact same approach with its "social utilities" strategy. Even its plans for building out its payments back end across its family of apps all lead back to building on its advertising business. "We're so far focused on making it so that the payments can be free or really as cheap as possible," Zuckerberg said. "We think that, from a business perspective, we will get some of the value just by having the services be more valuable for businesses and the ad prices that they'll bid in the auction."

Being able to offer payments across Facebook's family of apps will make it easier for Facebook's advertisers to close a sale. Meanwhile, offering more utility to users -- like finding a date for Thursday night -- will draw more users to log in to the main app more often and check their News Feed, as well. That means more advertising inventory for Facebook.

Ultimately, building out more features and functionality into Facebook ought to produce more ad impressions and increase the value of those impressions. The social media company doesn't need every single feature it makes to resonate with hundreds of millions of users as its main apps do. If a feature attracts tens of millions of users, it can have a positive impact on the News Feed advertising business.