Please ensure Javascript is enabled for purposes of website accessibility
Log In Help Join The Motley Fool
Free Article Join Over 1 Million Premium Members And Get More In-Depth Stock Guidance and Research
By Anders Bylund - Jan 31, 2020 at 9:09AM

There's a big shakeup brewing at IBM (IBM 2.62%). CEO and president Ginni Rometty will step aside in April, triggering a couple of high-level promotions in Big Blue's C-suite -- and a new era in the technology giant's illustrious history. 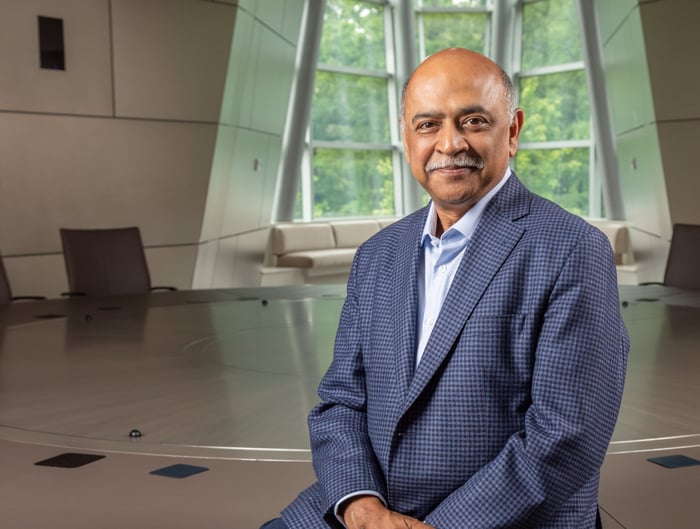 Who's taking over IBM's corner office?

When Rometty bows out, her CEO title will fall to Arvind Krishna. He is currently serving as IBM's senior vice president for cloud and cognitive software, which has become the company's core competency in recent years. Krishna is also credited as the driving force behind IBM's $34 billion acquisition of open-source software pioneer Red Hat. Krishna's appointment basically ensures that IBM stays the course it has already traveled in recent quarters and years, which should make the transition smoother than the sudden strategy shift that occurred when Rometty took the CEO baton from Sam Palmisano in 2012.

Further ensuring a trouble-free transition, Rometty will stay on as executive chairman of IBM's board of directors until the end of 2020. As such, she'll have plenty of oversight and significant strategy-setting power for a few more months.

At Arvind Krishna's right hand, you'll find former Red Hat CEO Jim Whitehurst in the role of president. He'll play a big role in Big Blue's day-to-day operations and long-term strategic direction. For critics who feared that IBM's buyout would choke Red Hat's open-source culture under a mountain of bureaucratic weight, Whitehurst's top-level appointment should alleviate that concern. If anything, Red Hat's role inside IBM appears to be expanding as we speak. 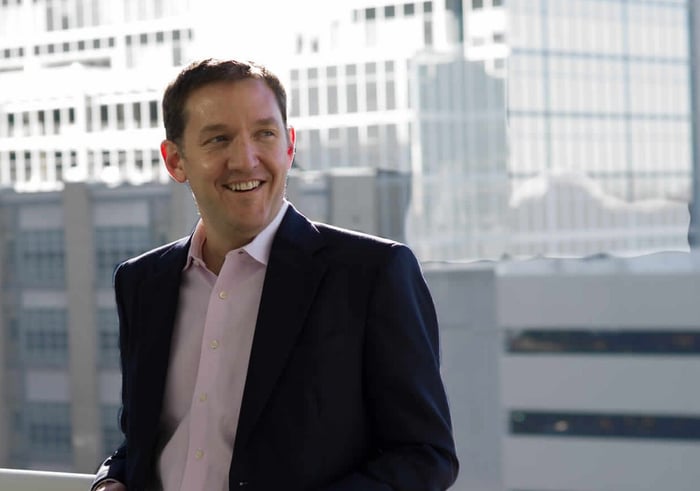 IBM has a tradition of replacing its CEOs at the age of 60 or so. Apart from company founder Thomas Watson, who retired at the sprightly age of 82, every IBM CEO since has stepped back between the ages of 57 and 62.

Rometty is actually an outlier, here, being the oldest exiting CEO since Watson. From that point of view, Rometty's exit shouldn't surprise anyone.

Her reign at Big Blue has been rocky, starting a conscious strategy shift away from a hardware-heavy, one-stop IT shop and toward a pure focus on software and services. Many shareholders are happy to see her go, because the Rometty era has not been kind to the company's stock prices -- even if you reinvested the generous dividends in more IBM stock along the way, as shown below. 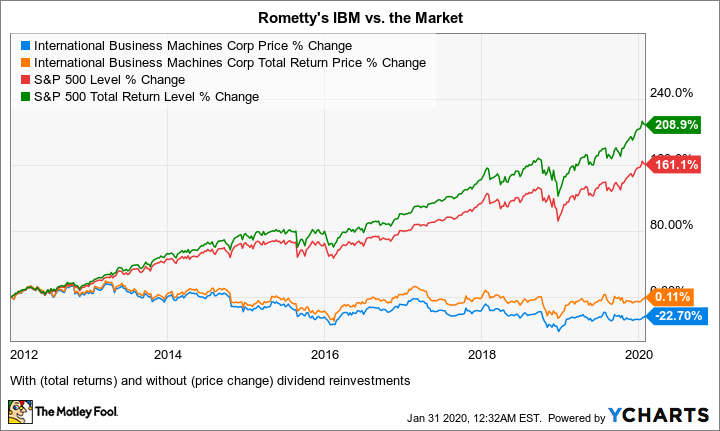 As a longtime IBM owner myself, I think Rometty did her best to redirect Big Blue toward a more sustainable and profitable business model for the long haul. Palmisano's ideas were right for the 2000s, but the times, they were a-changin' in 2012, and that transformation continues today.

IBM's stock is trading at just 12 times trailing earnings with a juicy 4.7% dividend. Fellow IT consulting giant Accenture (ACN 4.74%), for example, is trading at 24 times earnings, and software titan Microsoft (MSFT 3.42%) is fetching 35 times trailing earnings after a similar shift toward new IT strategies under Satya Nadella. It won't take much of a success story to drive the P/E ratio and IBM's share prices much higher.