The company was found guilty of putting profits ahead of consumer safety.

Johnson & Johnson (JNJ 0.09%) was hit with a $344 million fine by a California state court for deceptively marketing regarding its pelvic mesh products. This ruling brought together thousands of separate, individual lawsuits of patients who claimed that the surgically implanted meshes eroded within their bodies and caused significant harm.

Pelvis meshes, also referred to as transvaginal meshes, are a type of woven synthetic netting that's implanted inside the vagina for women whose pelvic organs (which include the bladder, uterus, cervix, rectum, and vagina) have begun to sag. While these meshes are supposed to help support the pelvic organs, patients involved in the lawsuit claim that Johnson & Johnson didn't provide information about many of the potential risks. These include chronic pain in the pelvic area as well as problems urinating and defecating. 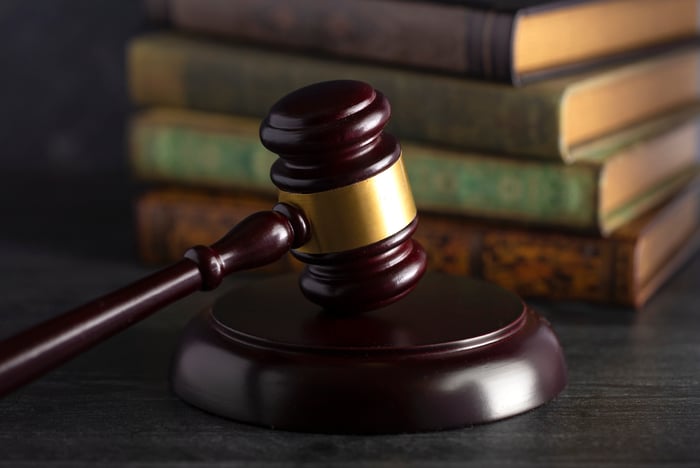 "Johnson & Johnson intentionally concealed the risks of its pelvic mesh implant devices," said Attorney General Xavier Becerra in light of the ruling. "Johnson & Johnson knew the danger of its mesh products but put profits ahead of the health of millions of women."

Johnson & Johnson apparently sold over 470,000 pelvic mesh products across the country between 2008 and 2014, with at least 30,000 of them sold in California. Although the healthcare giant has stated that it plans to appeal the decision, a process that will take years, it questionable whether Johnson & Johnson will end up succeeding in this effort.

Back in October, the company ended up settling a separate collection of lawsuits, agreeing to pay $117 million to resolve all claims of deceptively marketing its mesh products. However, the settlement only resolved claims in 41 states and the District of Columbia, with California, West Virginia, Kentucky, and Mississippi lawsuits remaining unaffected.