Please ensure Javascript is enabled for purposes of website accessibility
Log In Help Join The Motley Fool
Free Article Join Over 1 Million Premium Members And Get More In-Depth Stock Guidance and Research
By Will Ebiefung - Feb 3, 2020 at 2:49PM

The social media company will have a hard time justifying its top-line valuation if growth of its monthly active users continues to decelerate.

Pinterest (PINS -0.99%) will report fourth-quarter earnings after the market closes on Feb. 6. With that report, investors will have a much bigger picture of where this stock is going. But despite only trading publicly for nine months, Pinterest has already run into some important challenges that management will need to address going forward.

Investors should keep a close eye on Pinterest's user growth and its revenue per user ahead of fourth-quarter results. These two metrics are key to the company's long-term performance. Here's why. 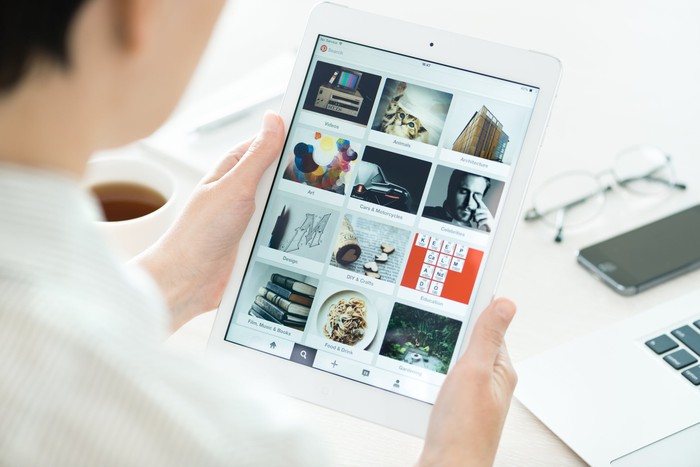 Pinterest reported U.S MAUs of 87 million in the third quarter of 2019 -- an 8% jump from the prior-year period and a mere 2% jump from the prior quarter. While 8% growth would be a decent clip for a mature company, it isn't an attractive growth rate for a company trading at 11.09 times revenue compared to a market average of around 2.11. 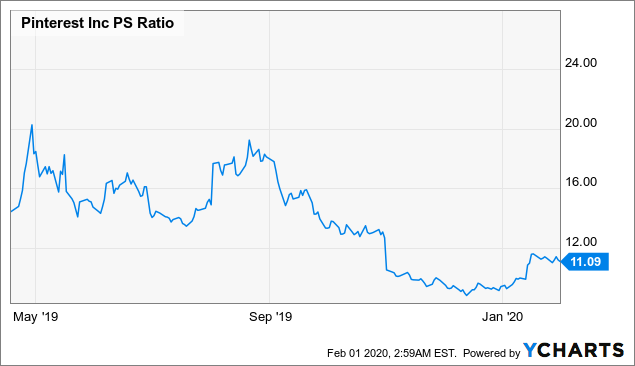 The issue here is that Pinterest may be nearing saturation in the U.S. According to the most recent quarterly report, the platform's total audience includes 43% of American internet users -- most notably 80% of women ages 18 to 64 with children. The platform resonates particularly well with the female demographic. But it seems to be a gendered product in its current state, which limits its growth potential.

Granted, Pinterest still posts respectable user growth in its international segment. International MAUs have grown from 171 million to 235 million in the third quarter -- a 38% change. But while international MAU growth is important, American users are dramatically more profitable.

Investors will have to look to the fourth quarter to see if management has a convincing plan to accelerate Pinterest's MAU growth in the U.S. The only way for the platform to meaningfully accomplish this will be to attract more male users. If the platform can't pull this off, U.S MAU growth could soon plateau or become negative in the next few years. And this may mean the company is overvalued at its current revenue multiple.

If management can accelerate U.S ARPU growth while keeping international ARPUs growing at a triple-digit clip, they may be able to compensate for the deceleration in U.S MAU growth. But Pinterest can't afford to have ARPU growth slow in conjunction with slowing MAUs.

Pinterest's ARPU is driven by advertising -- specifically, promoted pins which are advertisements that look similar to user posts. The company plans to grow ARPU by increasing ad capabilities as well as expanding in video and e-commerce.

The potential for growth here is theoretically very high. Facebook (FB 1.18%) is the leader in social media ARPU, managing to generate a whopping $41.41 per user in the U.S. and Canada for the fiscal fourth quarter. But Facebook's business model allows it to collect and monetize a wider array of user data than Pinterest has access to.

Pinterest may have an edge in e-commerce due to the product-oriented nature of its platform. But it will face competition from Facebook's Instagram platform which has also been monetized to incorporate e-commerce.

Pinterest has some big challenges going into fourth-quarter earnings. While it doesn't hurt to hope, it's unlikely that the company will be able to reverse the deceleration in American MAUs. The product is very gendered, and at 87 million monthly active users, it has already attracted a huge amount of people. Pinterest may have already saturated the U.S market for women, and there isn't much growth left unless the company can attract more male users.

With MAUs expected to decelerate, ARPU growth in the U.S. will be Pinterest's key revenue driver -- and it's the metric its stock price will react to going forward. If U.S ARPU growth begins to slow, investors can expect some serious downside in the stock.