Please ensure Javascript is enabled for purposes of website accessibility
Log In Help Join The Motley Fool
Free Article Join Over 1 Million Premium Members And Get More In-Depth Stock Guidance and Research
By Rich Smith – Feb 3, 2020 at 11:08AM

The reason: Maxar has just won back-to-back space contracts worth more than $100 million in revenue -- perhaps much more. 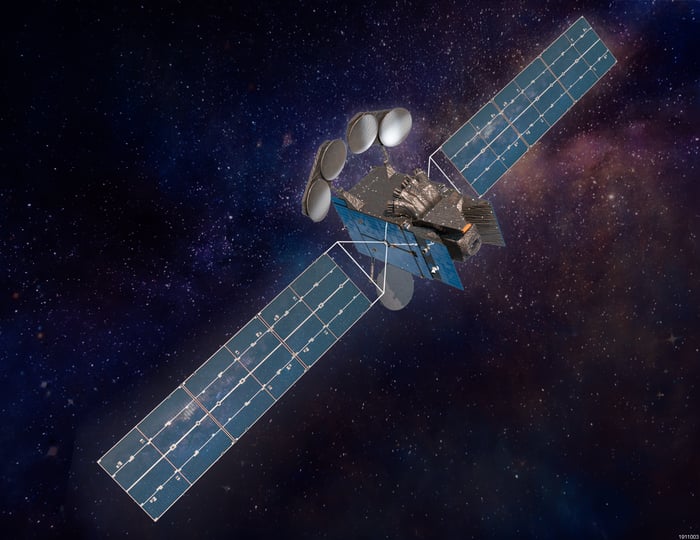 Let's take these one at a time. On Friday, NASA announced that Maxar will build for it an "innovative robotic spacecraft" which will employ "a lightweight robotic arm" (dubbed "SPIDER" for "Space Infrastructure Dexterous Robot") to "assemble multiple antenna reflector elements into one large antenna reflector" in space.

If successful, the space robot in question, which will be attached to Maxar's Restore-L spacecraft (which Maxar is also building for the space agency), will demonstrate the ability to take component parts tightly packed into a space capsule on Earth and assemble them into a much larger, bulkier item (which would not have fit into the capsule) in orbit -- truly an "innovation in space infrastructure."

Maxar didn't disclose the precise price it will be paid for building Intelsat's satellite, or for incorporating NASA's payload into it, but similar satellites generally cost from $50 million to $100 million to build. Thus the Intelsat contract and the NASA contract combined probably add $200 million to Maxar's $2 billion-a-year revenue stream, and perhaps even more than that.

Furthermore, Maxar noted that the Intelsat work, at least, will "be accretive to Maxar's earnings and cash flow on an annual basis throughout the production process," so this will be profitable work for Maxar (which has been unprofitable for the past two years). That can only mean good things for Maxar stock.