Please ensure Javascript is enabled for purposes of website accessibility
Log In Help Join The Motley Fool
Free Article Join Over 1 Million Premium Members And Get More In-Depth Stock Guidance and Research
By Royston Yang - Feb 4, 2020 at 9:31AM

With the novel coronavirus epidemic getting worse by the day, investors should take note of these three companies that may be adversely impacted.

Over the last few weeks, there has been growing alarm over the rapid spread of a new virus (now termed the "novel coronavirus"), which originated from Wuhan, China. With the total number of infections passing above 20,000 in China along with more than 400 deaths (at the time of writing), this disease seems to be spreading fast.

Many countries, including the U.S., Australia, and New Zealand, have banned foreign nationals from entering if they have visited China recently, while other countries bordering China have slammed their land borders shut in an attempt to contain the spread of this new virus. The World Health Organization (WHO) has declared the novel coronavirus a global health emergency and acknowledged the escalating health threats the virus poses.

While it may sound like a really good idea to jump into healthcare stocks right now, there are other industries that are being badly impacted by this outbreak. Here are three businesses that may get badly hit if the disease is not controlled and contained soon. 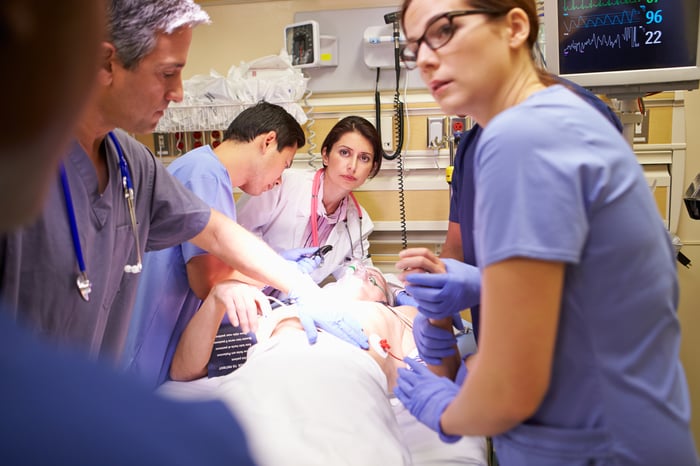 Disney (DIS -2.00%) operates its theme parks in many parts of the world, including Shanghai and Hong Kong. In late January, the company had to temporarily shut both its theme parks due to escalating concerns over the virus spreading uncontrollably. To be fair, Disney is not the only theme park operator that has been negatively impacted by this virus outbreak -- others have also temporarily ceased operations. No dates have been set as to when Disney's theme parks will reopen again.

This closure comes at a bad time for Disney, as the company expects a surge in tourism around the Lunar New Year holiday. Though Disney does not break down the two theme parks' revenue and operating income contributions, a quick look at the recent FY 2019 earnings report shows that the theme parks and resorts division contributed around 37% of total revenue and 45.5% of total operating income. The hit to Disney's financials for FY 2020 may, therefore, be fairly substantial.

Starbucks (SBUX -4.21%) has been rapidly expanding its presence in China. The company that revolutionized handcrafted coffee has been rapidly growing in the world's most populous nation. At the end of FY 2017, the company had just 1,540 stores. This number more than doubled to 3,521 stores by the end of FY 2018 and has grown to 4,292 stores by the end of the first quarter of FY 2020, up 16% year over year. Revenue from China's stores made up a significant 10.5% of total group revenue for the quarter, while the year-over-year growth in revenue was 13%.

Due to the rapid spread of the coronavirus, Starbucks closed more than 2,000 locations in China. If the situation worsens, many more stores may end up being shuttered temporarily, and at this point, it's hard to say when the situation will return to normalcy.

In the recent earnings call, CEO Kevin Johnson mentioned that the company will not be providing any guidance at this time due to the dynamic and evolving situation, but will update shareholders in due course on the financial impact from this event.

Tripadvisor (TRIP -2.30%) has experienced a justified sell-down in its stock just last November, but it seems the coronavirus may worsen conditions for the tourism company. For its third-quarter 2019 earnings, the company reported a 6.6% year-over-year fall in revenue, while earnings plummeted by 27.5% year over year due to increased competition.

With many countries imposing travel restrictions on travelers from China, and China itself locking down the cities of Wuhan (where the virus first originated) and Wenzhou, the number of bookings made through online websites for holidays and tours is set to plunge. This will surely exacerbate the pain that the company has already been feeling from competitive threats.

The pain should be temporary

Ultimately, investors should know that such virus outbreaks are temporary and should not have any long-lasting impact on the overall economy. However, the effects of the virus may linger for certain industries and may alter consumers' behaviors and perceptions in unforeseen ways.

While the three companies above may witness a painful short-term hit to their numbers, it's likely that the effect will eventually pass. However, investors should still assess the possibility of lingering or permanent effects from the viral outbreak that may continue to drag down both financial and operating performance.