No, but that doesn't mean Citron doesn't raise important issues about this for-profit services arm of a Christian college.

Over the past 15 years, no industry has felt the heat of public outcry quite like for-profit education. And that's for good reason as many of the industry's biggest players were using practices that were deemed outright fraud.

But Grand Canyon Education (LOPE 0.44%) was different. It had a flourishing physical campus, much better student outcomes, and actually only became for-profit when it ran into funding troubles decades ago.

In 2018, the Arizona-based school split off and became a non-profit -- with a for-profit services arm (that handles non-academic issues like financial aid, counseling, and providing an online platform) that shareholders were left owning. Wall Street liked the idea, tripling shares of the company in the three years leading up to last September. 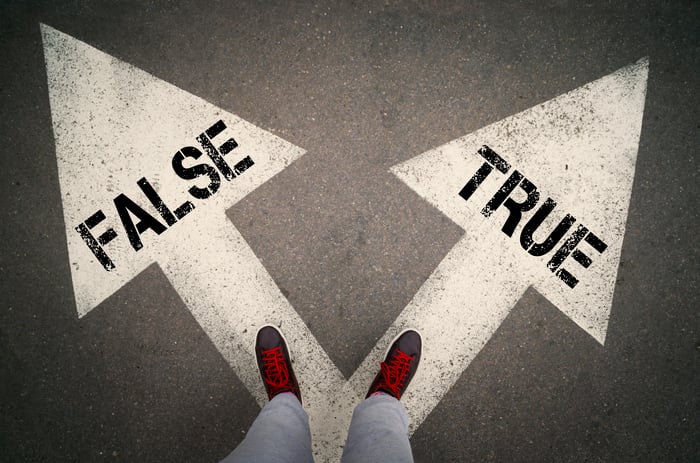 But last week, noted short-seller Citron Research published a report that sent shares reeling -- calling Grand Canyon the "Enron of Education." Is that really the case, or is this just noise that investors should ignore?

As it often is in the world of investing, the answer is somewhere in the middle.

First, some background on both parties is necessary

Grand Canyon was not your typical for-profit institution. Founded as a Christian four-year college in the 1940s, it only chose to become for-profit when it ran into funding troubles.

Under the steady hand of current CEO Brian Mueller (more on him below), the company became a darling in the for-profit world: a school that could do right by both students and investors.

As a noted short-seller, Citron also comes from a questionable industry. While Andrew Left -- the man behind Citron -- made some stellar calls in the past, I'm not particularly impressed with what the company usually publishes. From where I sit, Citron looks for stocks with high expectations baked in, finds one small thing wrong with the company, and publishes a heavily slanted report to make the stock fall.

That's what happened with Ubiquiti and Shopify in 2017. When Citron published its reports on those companies, their stocks fell an average of 12%. The returns since those reports: 225% and 350%, respectively.

Over the long run, Citron was dead wrong in its analysis. But because the reports caused immediate drops in the price, it's entirely possible Citron made money on them anyway.

Using that as a backdrop, let's investigate Citron's claims about Grand Canyon Education.

Where Citron is dead wrong

The entire short report by Citron is 49 pages long. Let's summarize the major points, starting with places where Citron was dead wrong.

Left used a number of pages talking about how Grand Canyon's margins were simply too good to be true, compared to other Online Program Management (OPM) companies. But this shows Left either doesn't understand Grand Canyon or is feigning ignorance.

Grand Canyon Education (GCE) provides a number of services (counseling, financial aid, application processing, etc.) for both Grand Canyon University's (GCU's) online and on-campus students. GCE also paid for the vast majority of the physical campus build-out -- something no other OPM has done for its partners.

This is a unique case, and any reference Left makes to Grand Canyon's margins in comparison to other OPMs should be taken with a grain of salt because of this.

Furthermore, Left points out that since spinning off GCU, GCE hasn't signed on any other university partners. In essence, this means GCE hasn't found any other schools that want to use GCE's several software solutions, including online learning, but also any financial aid, processing, or other related software services.

This completely ignores the fact that Mueller has stated on multiple occasions that GCE would be slow and steady in picking out schools to partner with. The fact that none of that surfaced is evidence that Mueller is doing exactly what he said.

Where Citron has a point

All of that said, there are two major points Left brings up that are worth considering. Neither of these points is new, but both are important.

First and foremost, when GCE and GCU separated, Brian Mueller remained as the CEO of GCE while also being the president of GCU. While I fully believe that Mueller did this because he loves the educational role at GCU, it creates significant conflicts of interest that simply can't be ignored. I wouldn't be surprised to see him forced to choose one or the other in the not-so-distant future.

Furthermore, the crux of Left's thesis is that because of the Master Service Agreement between GCE and GCU, GCU is a "captive subsidiary." In plain English, this means Left believes GCU was spun off simply to dump capital expenditures and expensive requirements (like staff salaries) on GCU, while GCE gets 60% of GCU's tuition.

Left argues that GCU is currently hemorrhaging money -- not because he has any direct evidence of this, but because of inferences he makes from tangential financial documents he's found on the company. For its part, GCE responded by saying this was ridiculous -- as some of the documents were simply short-term loans used for GCU's golf carts on the school's course.

The problem is that without full visibility into GCU's balance sheet and cash flows, it's impossible to know if Left is correct, if GCU is actually just fine -- or if reality lies somewhere in between.

What it means for Grand Canyon Education investors

In the end, it's this last point that Left is exploiting -- and for good reason. When there's absolutely no way for investors to know for sure if a company is on the up-and-up, fear, uncertainty, and doubt (FUD) rule the day. It doesn't help GCE that the Department of Education recently revoked GCU's not-for-profit designation, adding credence to Left's claims.

I'm not a shareholder, but if I were, there are three things I'd hope to happen -- quickly:

Again, none of this is new, but it brings the most important factors into focus. If the company can offer up resolutions to all three points, it could follow in Shopify and Ubiquiti's footsteps. For now, all shareholders can do is wait and see.