Investors are scratching their heads after this recent acquisition.

In January, the maker of clean and efficient engine solutions announced a deal to buy Delphi Technologies (DLPH), which is known for making powertrain products that are not so clean. 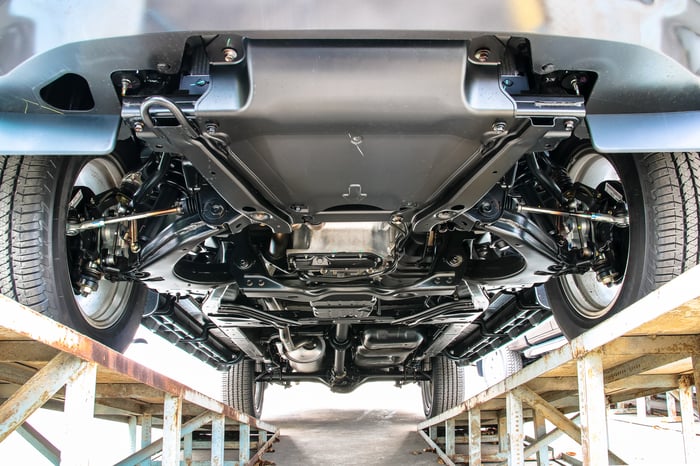 While slow global vehicle production has pressured BorgWarner's revenue growth lately, investors want the company to push further into the electric vehicle space and away from traditional powertrain products that power gas-fueled cars. The decision to buy Delphi seems on the surface to peg BorgWarner's growth prospects more squarely on the future of fossil fuels, where demand may fade if electric vehicles go mainstream.

However, BorgWarner feels exactly the opposite about what Delphi brings to the company. "This exciting transaction represents the next step in BorgWarner's balanced propulsion strategy, strengthening our position in electrified propulsion as well as our combustion, commercial vehicle and aftermarket businesses," BorgWarner CEO Frederic Lissalde said.

What it seems BorgWarner most values in Delphi is not its traditional gas-dependent products but its talent, scale, and know-how in electronics technologies that would complement BorgWarner's strategy in the electric vehicle market.

BorgWarner expects "meaningful" accretion to earnings in the second full year after the deal closes, which is expected to happen in the second half of 2020. Management also anticipates cost synergies of $125 million to be realized by 2023. Along with the announcement, BorgWarner authorized a new $1 billion share repurchase program.

When the transaction is complete, Delphi shareholders will receive 0.4534 shares of BorgWarner stock for every share of Delphi they own.

BorgWarner stock trades at a steep value of 8.6 times next year's earnings estimates. Whether the current price proves to be a value trap or a true bargain will depend on how much value Delphi adds to BorgWarner's business.