Shares of Coupa Software (COUP -7.19%) rose 10.2% in January, according to data from S&P Global Market Intelligence. The stock gained ground following news that the company had acquired Yapta, a business specializing in software that helps companies reduce their spending on travel and accommodations. 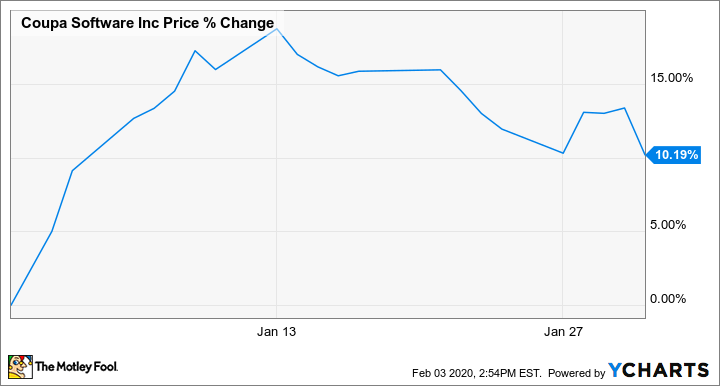 Coupa published a press release on Jan. 7 announcing that it had purchased Yapta, and investors appear to have responded favorably to the new competencies the travel-spending specialist brings to the table. Coupa stock has been on an impressive run spurred by strong demand for its business-spend-management software and expectations that there's still plenty of room to grow. Shares are up roughly 85% over the last year. 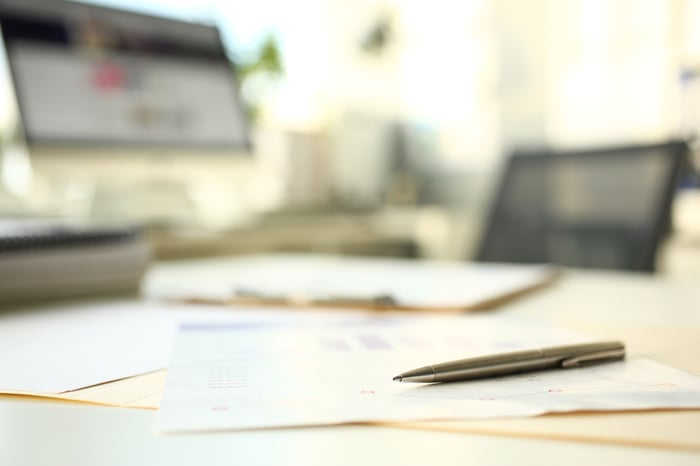 Coupa specializes in software for tracking, visualizing, and managing business spending, and the integration of Yapta adds a new competency that seems to be a natural and complimentary addition to the company's software service offerings.

Here's Coupa CEO Rob Bernshteyn discussing Yapta's strengths and the value that the business adds to the Coupa ecosystem:

Business travel, which accounts for more than $1 trillion of spend per year, is often one of the spend areas within a business with the least visibility and control. Yapta offers greater transparency into travel spend, helping businesses get the most value from their travel planning. I am excited to welcome the Yapta team to Coupa and look forward to furthering our joint mission of empowering businesses with the visibility and control they need to spend smarter.

Yapta reports being able to help companies reduce their travel budgets between 2% and 4% on average and says its services have helped businesses save more than $350 million.

Coupa stock has continued to climb in February's trading, with shares up nearly 6% in the month so far. 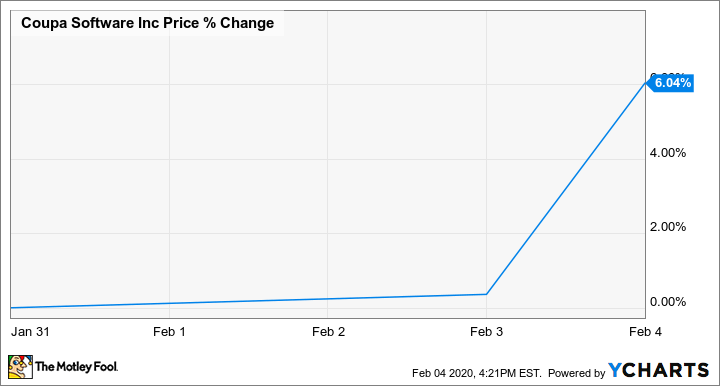 For the quarter containing January, Coupa is guiding for sales to be between $101.5 million and $102.5 million -- representing growth of roughly 36% year over year at the midpoint of the target. Fourth-quarter subscription revenue is projected to come in between $91.5 million and $92.5 million -- also up roughly 36% at the midpoint of the target. Non-GAAP (adjusted) earnings per share are expected to come in between $0.03 and $0.06 per share, compared to adjusted net income of $0.05 per share in the prior-year quarter.