An effort to clear out inventory took its toll on earnings at the pawn shop operator.

Shares of EZCORP (EZPW -2.40%) traded down more than 17% on Tuesday after the pawn shop operator reported quarterly results that fell short of expectations. The company is trying to sell down aged inventory, which caused profitability to take a hit.

After markets closed Monday, EZCORP reported fiscal first-quarter adjusted earnings of $0.16 per share on revenue of $222.4 million, falling short of consensus expectations for $0.22 per share in earnings on revenue of $232 million. The culprit was the company's decision to lower prices to move inventory. 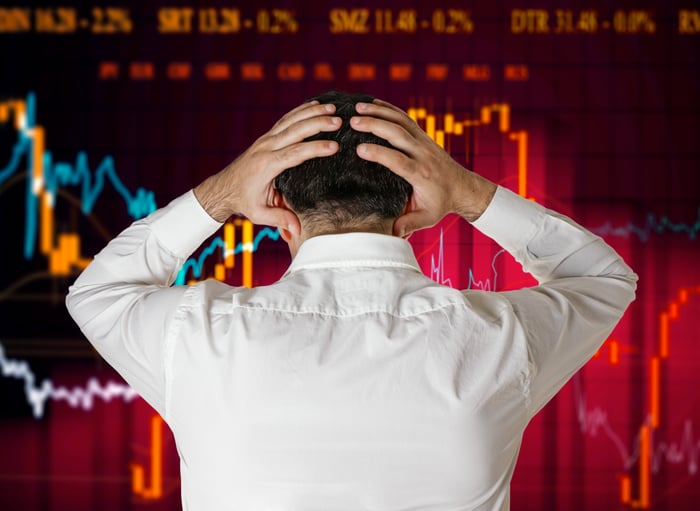 In a statement, CEO Stuart Grimshaw said that "underlying results reflect the current management focus on reducing aged inventory levels at a time when our customers have excess cash in their hands." U.S. merchandise margins declined more than 200 basis points to 35.6%, but aged merchandise inventory improved to 6.8% of total general merchandise inventory, from 8.9% of the total at the end of the prior quarter.

In Latin America, merchandise sales grew 21%, or 18% on a constant currency basis, but again margins were pressured due to the "ongoing efforts to generate cash and reduce aged inventory," the company said.

Shares are off more than 42% over the past year, pressured both by earnings disappointment and corporate governance concerns. But management is optimistic the rollout of a new point-of-sale system in the U.S. and Mexico will help increase revenue and margins by optimizing lending decisions.

The pawn shop industry has been under pressure from a new generation of fintech-inspired short-term lenders. EZCORP's response to this challenge has been consolidation, both in the U.S. and Latin America, hoping that its greater size and scale will help it compete more efficiency.

In his statement, Grimshaw said that the company expects to continue to seek merger and acquisition opportunities and new store openings, as well as continuing a $60 million share repurchase program approved in December 2019. The buybacks should help stabilize the stock, but EZCORP is going to have to demonstrate that the earnings and margin pressures are temporary before investors really get excited about buying in.

Why Shares of EZCORP Are Up Today

This Debt Disaster Is Making a Comeback