Wednesday was a good day on Wall Street, with major benchmarks climbing as much as 1.4% to bounce back sharply from their declines on Tuesday. More favorable comments from European financial leaders led to further strength in the euro against the U.S. dollar, which in turn lifted prospects for U.S. multinationals exporting goods and services to the European Union.

The turn in sentiment didn't lift all stocks, however, and some companies suffered from bad news that hit their shares hard. EZCORP (NASDAQ:EZPW), Government Properties Income Trust (NASDAQ:OPI), and Monro Muffler Brake (NASDAQ:MNRO) were among the worst performers on the day. Below, we'll look more closely at these stocks to tell you why they did so poorly.

Shares of EZCORP dropped 15% after the operator of EZPawn pawn shops announced its intent to raise $125 million in a private debt offering. The debt will be in the form of convertible senior notes, which will likely carry a lower interest rate than similar-term nonconvertible debt would. However, the conversion option will introduce the potential for dilution for existing shareholders, and that's likely a big reason the stock is falling. As for the use of the funds, EZCORP intends to pay down its senior secured credit facility and perhaps refinance some of its outstanding convertible notes that mature in 2019. The company also thinks that it might engage in acquisitions with some of the proceeds. After having performed extremely well in 2016, EZCORP has hit a rough patch, and investors don't think that this offering will help much. 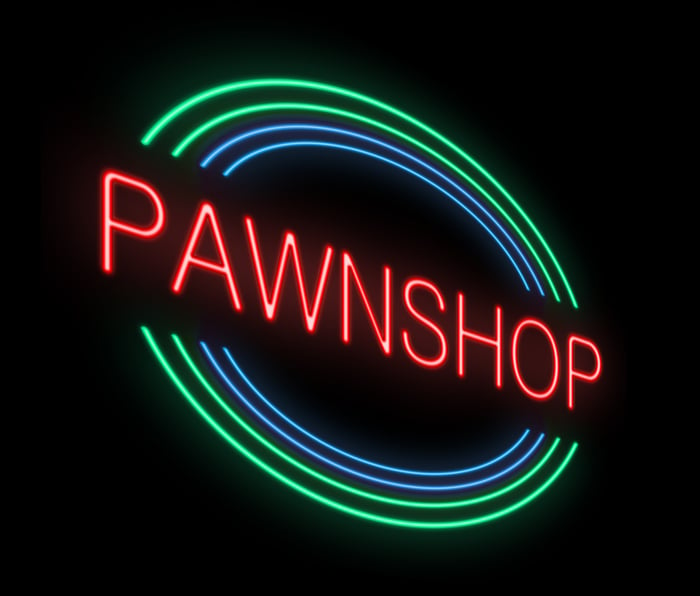 Government Properties Income Trust stock fell 12% in the wake of its announcement that it will purchase fellow real estate investment trust First Potomac Realty Trust (NYSE: FPO). The deal will pay First Potomac shareholders $11.15 per share in cash, amounting to a total of $1.4 billion including assumption of debt. The offer was unusual in that it didn't represent a premium to where First Potomac traded, but Government Properties CEO David Blackman believes that the deal should help the REIT save on costs and increase its exposure to the red-hot Washington, D.C., market. However, Government Properties said that it would have to offer 25 million shares in a secondary offering in order to help finance the deal, and some investors took that as a good excuse to mark down shares of the REIT.

Finally, shares of Monro Muffler Brake finished down 8%. The automotive repair company announced that Brett Ponton will be its next chief executive officer, taking over for John Van Heel, who chose not to renew his contract after its October expiration. Incoming board chair Robert Mellor praised the decision, noting that "his deep industry expertise and contacts, his success running both franchise and company-operated automotive service and tire stores, and his proven leadership skills will help accelerate Monro's successful acquisition strategy." Ponton has more than 20 years of senior management experience in the auto and tire service industry, and that should help him in leading the company forward. With more people looking to run their cars longer, Monro has the opportunity to benefit from those seeking to keep their vehicles well-maintained to extend their useful lives.