In December, an anonymous letter addressed to the Board of Directors of electronics retailer Best Buy (BBY -2.67%) put its CEO's job at risk.

According to news sources, the letter in question alleged that Best Buy CEO Corie Barry had engaged in an inappropriate romantic relationship with a fellow executive prior to winning election as CEO in June 2019. 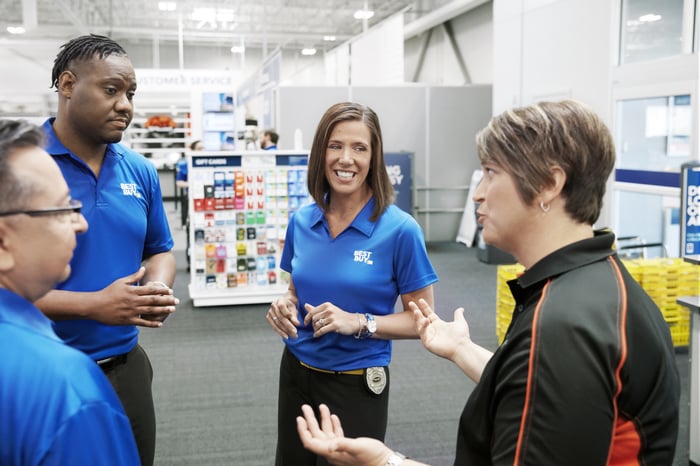 "The Board takes allegations of misconduct seriously regardless of who is the subject," explained Best Buy's Audit Committee in a statement. "When the Board received an anonymous letter regarding Corie Barry, the Audit Committee immediately retained outside legal counsel, Sidley Austin LLP, to conduct an independent review. Ms. Barry fully cooperated with the review, which has now concluded. The Board supports the continued leadership of the Company by Ms. Barry. To preserve the confidentiality and integrity of the process, the Board will have no further comment."

That was the sum total of Best Buy's statement on the matter: An allegation was made, the allegation was investigated, and Barry gets to keep her job. Granted, this statement falls somewhat short of an exoneration, and provides little details on who did what, when (and to whom) -- but for investors that's probably not really the point.

The real point is that, since Barry took over Best Buy eight months ago, Best Buy's stock is up an astounding 44%, and trading at some of the highest prices it's seen in the last five years. No one wants this particular boat rocked, and the fact that Barry has now been confirmed in her position helps to ensure that Best Buy's growth story should continue unimpeded.