The pharma giant will form a new publicly traded company out of its women's health and biosimilars businesses, and its legacy brands.

Merck (MRK 0.18%) announced Wednesday its intention to spin off its women's health business,  legacy brands, and biosimilars unit into an independent, publicly traded company, and reorient itself toward its higher-growth businesses. The slimmed-down Merck will focus on oncology, vaccines, hospital products, and animal health.

The transaction is planned as a tax-free distribution of newly issued shares in the yet-to-be-named spinoff company. Merck expects to receive a tax-free payment of $8 billion to $9 billion from the new company ("NewCo") when the deal closes in the first half of 2021. 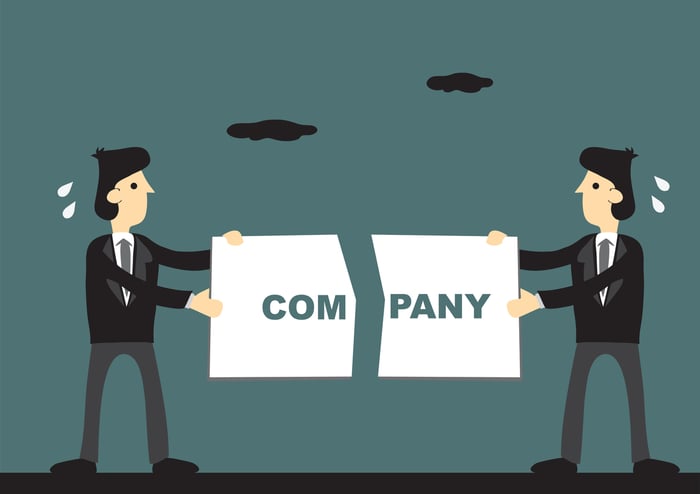 Merck believes that spinning off the slower-growing businesses will allow it to increase investments in its core growth areas and significantly expand its operating margin; management is targeting a non-GAAP operating margin of more than 40% by 2024, compared with the current level in the mid-30% range.  NewCo will have strong cash flows and growth opportunities in biosimilars, contraceptives, and fertility, as well as through the development of sales in foreign markets.

The pharmaceutical giant plans to maintain its current dividend of $2.44 per share after the spinoff, and expects that NewCo will pay a meaningful dividend that will be incremental to Merck's payout.

Investors may be concerned that this move makes Merck even more dependent on growth from its mega-blockbuster cancer immunotherapy Keytruda. Wall Street gave the announcement, which arrived along with the release of a mixed fourth-quarter earnings report, a cool reception. Shares were trading about 3% lower as of 1:30 p.m. EST.