Please ensure Javascript is enabled for purposes of website accessibility
Log In Help Join The Motley Fool
Free Article Join Over 1 Million Premium Members And Get More In-Depth Stock Guidance and Research
By Timothy Green - Feb 5, 2020 at 7:50AM

GeForce NOW is widely available, and it makes Stadia look like a ripoff.

The PC gaming industry transitioned long ago to digital downloads, with platforms like Steam replacing the need for physical discs. The next big change could be the rise of streaming, where powerful servers in remote data centers equipped with high-end graphics hardware run games and stream the result to the player.

Alphabet's (GOOG 2.36%) (GOOGL 2.39%) Google Stadia game streaming service, which launched late last year, was the highest-profile attempt so far to bring game streaming into the mainstream. The service has its flaws. For one, Stadia requires gamers to purchase the Stadia version of games they want to play on the service, even if they already own that game on another platform. Some games are included as part of the monthly membership, but most games need to be bought separately.

NVIDIA (NVDA 4.28%), the market leader in graphics cards, is taking a different approach. After testing its GeForce NOW game streaming service for years, NVIDIA has finally made GeForce NOW available to everyone. Unlike Stadia, NVIDIA's service allows gamers to play games they already own on platforms including Steam. Instead of trying to build an entirely new platform, NVIDIA is simply adding a new option for PC gamers. 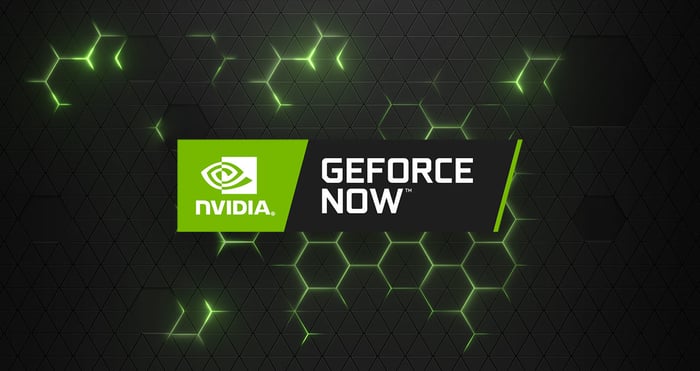 This makes a lot more sense than Stadia

The Founders membership currently costs $4.99 per month, but that appears to be a limited-time offer. Where the price ultimately settles remains to be seen. Stadia's Pro membership is priced at $9.99 per month, on top of the price for Stadia-only games.

GeForce NOW currently supports more than 1,000 games, and the service works on laptops, Macs, and Android phones. It will gain support for Chromebooks later this year.

Both Stadia and GeForce NOW suffer from the same limitations. They require strong, stable internet connections and capable networking hardware on the user's end. And even with solid internet, latency will always be worse than playing the game locally on your own hardware.

But the value proposition for GeForce NOW blows Google Stadia out of the water, assuming both services work as advertised. With Stadia, you're locked into Google's platform. Every game you buy works only on Stadia, and nowhere else. And if Google abandons the service, as it's wont to do, your games are presumably gone.

Game streaming may not be the future

While GeForce NOW seems to be a much better deal than Google Stadia for PC gamers, the jury is still out on whether this type of service will ever account for a significant portion of the PC gaming market. Streaming is never going to be as good of an experience as playing locally on comparable hardware.

What GeForce NOW could do is open up PC gaming to a larger swath of gamers. The service makes sense for someone who was never going to build a gaming PC with an NVIDIA graphics card, but who may want to casually play some graphics-intensive PC games once in a while. It also makes sense for someone with a gaming PC who wants to sometimes play games on a laptop. Or someone who uses only Macs.

Still, GeForce NOW doesn't seem as if it will ever become a Netflix-scale service for NVIDIA. It may provide some incremental revenue, assuming it doesn't cannibalize the market for lower-end graphics cards, and assuming the price remains reasonable.

While Google is trying to get an entirely new platform off the ground, NVIDIA is leveraging the existing PC gaming infrastructure with GeForce NOW. NVIDIA's strategy makes a lot more sense, and it could create a nice recurring revenue stream for the hardware company.