Please ensure Javascript is enabled for purposes of website accessibility
Log In Help Join The Motley Fool
Free Article Join Over 1 Million Premium Members And Get More In-Depth Stock Guidance and Research
By Leo Sun - Feb 5, 2020 at 10:00AM

However, Snap's adjusted EBITDA, which excludes its stock-based compensation expenses, came in at $42.3 million, marking a big improvement from its loss of $50.4 million a year earlier. That translated to non-GAAP earnings of $0.03 per share, which beat expectations by two cents.

Snap's report wasn't disastrous, but it clearly spooked the bulls and attracted the bears. But upon taking a closer look at the results, I believe Snap's strengths still outweigh its weaknesses, for five simple reasons. 1. Its user growth is still accelerating

Snapchat's total daily active users (DAUs) grew 4% sequentially and 17% annually to 218 million during the fourth quarter. Both growth rates represented an acceleration from the third quarter, and indicate that the app is still attracting new users.

That balanced growth indicates that Snapchat isn't losing significant ground to Facebook's (META -1.19%) Instagram and ByteDance's TikTok, and it shows that there's still plenty of room for all three teen-oriented apps to grow without trampling each other. Snap mainly attributed its user growth to investments in new features for Snapchat and the redesign of its Android app.

Snap's ARPU should continue rising as its video ecosystem expands. During the quarter, the total daily time spent by Snapchatters watching its Discover content rose 35% annually. Within that group, users over the age of 25 spent 60% more time watching content daily, which indicates that it's locking in older users.

Snap stated that over 10 million viewers were watching over 50 Discover shows monthly. It also launched 78 new international Discover channels during the fourth quarter, up from 53 new channels in the third quarter, to bolster its overseas presence. 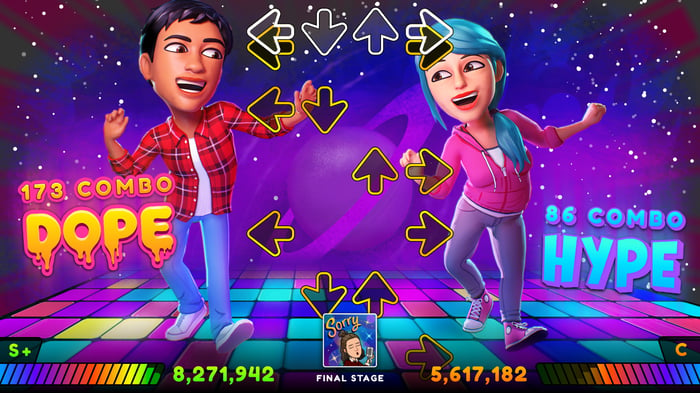 75% of Snap's users now use Snapchat's AR features daily, and the company recently convinced Coca-Cola and McDonald's to develop AR experiences for users, who scan their logos with Snapchat's camera. Those experiments could pave the way for new advertising experiences and further differentiate its platform from Instagram and Tik Tok. To widen its moat against both rivals, Snap recently introduced Cameos, a creative tool that helps Snapchatters create short videos.

Snap generated a negative free cash flow of $75.9 million during the quarter, but that marked a significant improvement from a negative FCF of $148.8 million a year ago.

Snap also offered a solid outlook for the first quarter. It expects its revenue to rise 41%-47% annually, which matches analysts' expectations for 44% growth. It expects its adjusted EBITDA to come in between negative $70 million and $90 million, compared to a loss of $123 million a year earlier.

Snap still faces tough competition from Instagram and TikTok, and it won't achieve profitability anytime soon. However, Snapchat's user growth is accelerating, its ARPU is rising worldwide, and its new features are increasing the stickiness of its ecosystem. It's losing money, but it's still sitting on $520 million in cash and $1.59 billion in marketable securities -- so it isn't in any significant danger yet.

Snap's stock still isn't cheap at about 11 times next year's sales, but its rising revenue and long-term growth potential could justify that premium valuation. Therefore, its post-earnings dip could represent a good time to accumulate more shares.