Most Instagram users are ignoring its fledgling video platform.

Facebook's (META -0.76%) Instagram launched its video platform, IGTV, in June 2018, and it got off to a rough start. A lack of monetization options, the initial use of a clumsy vertical format, and poor integration with Instagram's core app all prevented it from gaining momentum. Meanwhile, ByteDance's TikTok, which plastered its ads all over Instagram, started gaining younger users with its short musical videos.

Instagram CEO Kevin Systrom, who spearheaded IGTV's development, also resigned in late 2018. Those factors, along with Facebook's development of its own video platform Watch, indicated that IGTV's days were numbered. 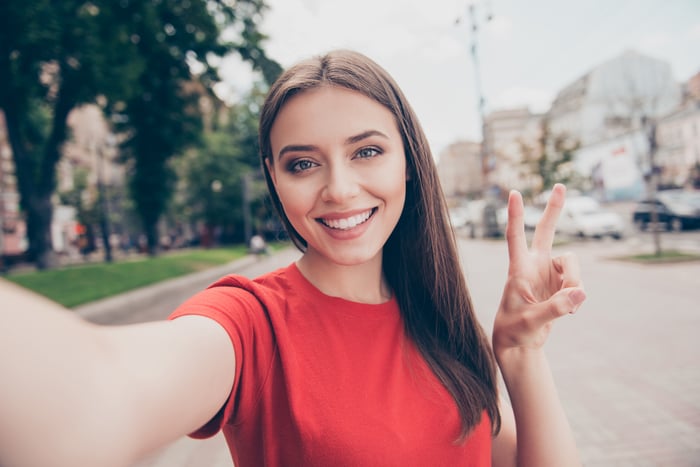 A recent report by Sensor Tower (commissioned by TechCrunch) confirmed those fears, claiming that less than 1% of Instagram's billion-plus monthly active users had downloaded its stand-alone IGTV app. The firm claims that IGTV was only downloaded 1.1 million times in the U.S. since its launch, compared to 80.5 million downloads of TikTok during the same period.

That's why it wasn't surprising when Instagram recently removed the IGTV button from its main app. Does that retreat indicate that TikTok is rendering IGTV obsolete?

Beijing-based ByteDance, the world's most valuable start-up with a valuation of $75 billion, launched its short video app Douyin in China in late 2016. It launched the overseas version, TikTok, in 2017.

Douyin runs on Chinese servers (to comply with cybersecurity and censorship laws) and TikTok runs on overseas servers. ByteDance subsequently acquired the similar app Musical.ly in late 2017 and merged it with TikTok the following year.

TikTok's short musical and lip-synching videos have caught fire in terms of worldwide popularity, and the app topped 500 million monthly active users (MAUs) in July 2018. It was also the fourth-most-downloaded app in the world in 2018 and 2019, according to App Annie. Facebook Messenger, Facebook, and WhatsApp held the three top spots in both years -- but Instagram slipped to No. 5.

App Annie also noted that the total time spent on TikTok surged 210% to 68 billion hours in 2019, from both "expanding user bases and increasing time spent per user." It also noted that Lil Nas X's song Old Town Road -- which stayed at No. 1 on the Billboard Hot 100 for 19 weeks -- was initially released on TikTok.

Facebook's decision to go back to the drawing board in its battle against TikTok is odd since it already owns Facebook Watch and IGTV. Instead of launching brand-new apps, it would arguably have been wiser to clone and refine TikTok's features on those two platforms.

As Facebook wildly tossed darts at a board, ByteDance poached top talent from Facebook and YouTube. It hired Facebook's former VP of global partnerships, Blake Chandlee, as TikTok's head of strategic partnerships in early 2019. It also hired Vanessa Pappas, YouTube's global head of creative insights, as TikTok's general manager in the U.S., and it's reportedly seeking a U.S.-based CEO to distance itself from its Chinese roots. 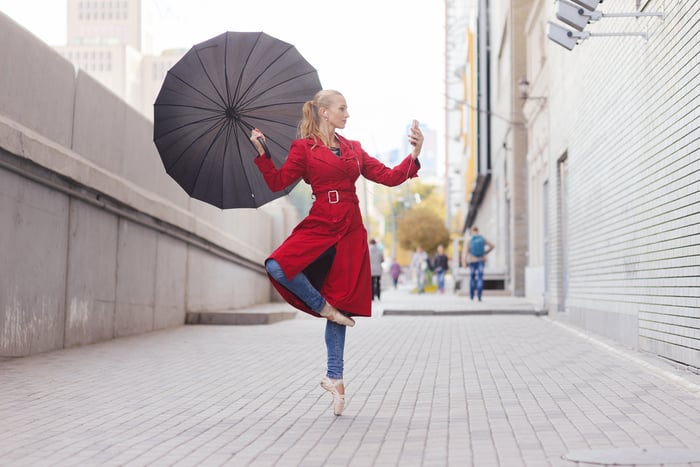 What does this mean for IGTV?

Those developments all sound dire for Instagram, but IGTV isn't dead yet. Instead, Instagram will likely integrate IGTV's streaming videos into its core app's videos, and the distinction between the two will eventually fade away.

That's a smart move, since Instagram remains the top social media platform for teens in the United States. Piper Sandler's (formerly Piper Jaffray's) latest survey found that Instagram still had an engagement rate of 85% among U.S. teens, compared with 81% for Snap's Snapchat and just 31% for Facebook.

Folding videos directly into Instagram's core app would reduce the fragmentation of the platform under Systrom, who championed the expansion of its ecosystem with planned stand-alone apps like IG Shopping. Instagram subsequently abandoned its plans for IG Shopping and integrated more e-commerce features (like shoppable posts and channels) into its core app -- an arguably smarter move that corralled users into a walled garden.

TikTok is likely rendering IGTV obsolete, but Instagram is still generating plenty of video views on its own. Going forward, Facebook will likely nurture the development of that ecosystem, launch clearer monetization options for content creators, and add more music and effects to counter TikTok. Its NPE Team will also continue to launch new apps in an attempt to catch lightning in a bottle -- and unleash it against ByteDance.