Please ensure Javascript is enabled for purposes of website accessibility
Log In Help Join The Motley Fool
Free Article Join Over 1 Million Premium Members And Get More In-Depth Stock Guidance and Research
By Leo Sun - Updated May 9, 2018 at 3:37PM

A handful of restaurants and salons already integrate their Instagram account's native payments into their booking services. That move complements Instagram's previous introduction of "shoppable posts," which let companies tag products in their photos with links to their online stores. 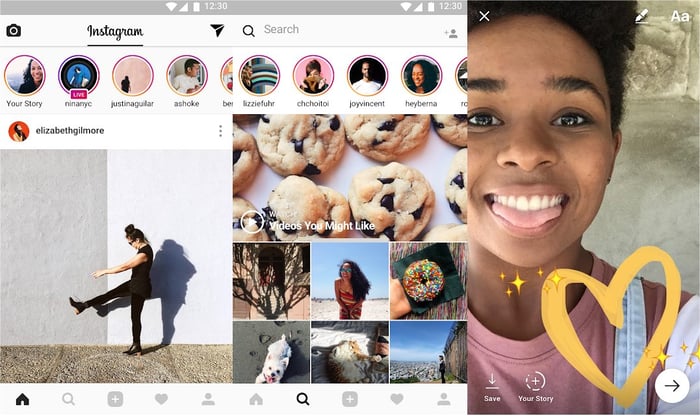 Instagram also plans to let users purchase movie tickets and make direct payments with the app, presumably before launching the feature for other businesses. Could these moves gradually turn Instagram into an e-commerce powerhouse?

When Facebook purchased Instagram in late 2012, many analysts wondered why the social network spent $1 billion on an app for filtered photos. But between January 2013 and September 2017, Instagram's monthly active users (MAUs) skyrocketed from 90 million to 800 million.

That massive growth was supported by rising sales of smartphones, a shift of younger users from Facebook to Instagram, and the platform's surging popularity with social media influencers.

In January, a survey from Zine found that 78% of social media influencers used Instagram as their primary social media platform since it was streamlined for sharing single pictures or short videos. Another survey from analytics and marketing platform Klear found that the number of influencer posts on Instagram nearly doubled to over 1.5 million between 2016 and 2017. 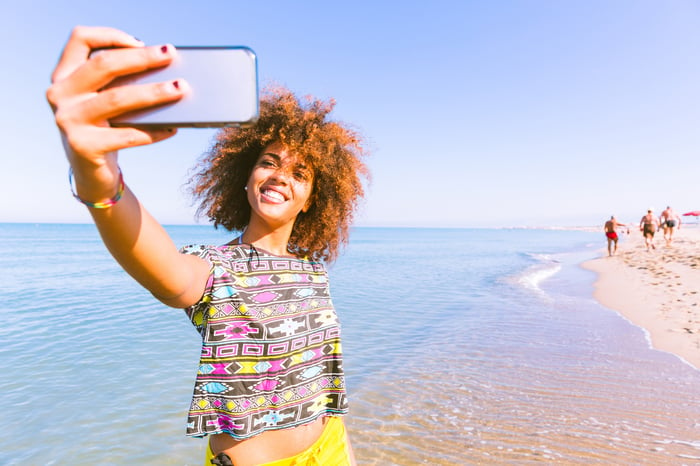 Last September, Facebook revealed that Instagram had 2 million advertisers, representing 900% growth in 18 months. Instagram also recently claimed that about half of its daily active users (500 million as of last September) follow an "active shopping business."

With that many users, influencers, and advertisers on board, Instagram seems like fertile ground for planting a payments and e-commerce platform.

Doing so would represent a continuation of Facebook's strategy of turning Instagram and Messenger into stand-alone platforms, similar to what Tencent (TCEHY -1.52%) did with WeChat, China's most popular messaging app.

Over the past few years, Tencent transformed WeChat into an all-in-one "super app" that lets users access online payments, ride hailing services, delivery services, games, an internal social network, and e-commerce features without leaving the app. Tencent even convinced high-end brands like Burberry, Longchamp, Dior and Cartier to sell their products directly through their WeChat accounts.

Facebook is clearly following Tencent's playbook. That's why it started adding games, payment features, and chatbots to Messenger, and why it's adding payments and e-commerce features to Instagram.

This isn't the first time Facebook tried to crack the e-commerce market. Back in 2011, Facebook let companies open "Facebook Stores" on its network, but early adopters -- including The Gap and JCPenney -- abandoned their stores within a year.

In 2012, Facebook introduced Gifts, which let users buy gifts for their friends via integrated third-party sites. The feature was quietly killed off in 2014. The same year, Facebook launched "buy buttons" for ads and business page posts. Facebook eventually killed off those buttons, but pivoted them to Instagram in 2016.

Last year, a survey by email marketing platform Campaigner found that 72% of marketers experienced no sales from buy buttons on social networks. 40% of respondents planned to reduce their buy button usage.

Instagram's buy buttons gradually evolved into its shoppable posts with tagged items, but it's still unclear how many followers of a brand actually directly buy products on the social network. It's likely that users might see something they like on Instagram, then search for the product on Amazon instead.

After all, 2.5 times more consumers start a product search on Amazon rather than Alphabet's Google or other search engines according to research firm Forrester. The ratio between Amazon and Instagram is likely much higher.

Facebook's past failures indicate that U.S. consumers aren't keen on shopping through social networks, but it may find success now following Tencent's playbook.

Either way, Facebook's forays into payments and e-commerce are noteworthy, but they probably won't move the needle for the world's biggest social network anytime soon.