Please ensure Javascript is enabled for purposes of website accessibility
Log In Help Join The Motley Fool
Free Article Join Over 1 Million Premium Members And Get More In-Depth Stock Guidance and Research
By Danny Vena – Feb 5, 2020 at 11:56AM

In a securities filing on Tuesday, Take-Two Interactive (TTWO -4.91%) revealed that Rockstar Games vice president of creative and co-founder Dan Houser, who has been on an "extended break" since early last year, will be stepping down.

Houser is one of the most revered figures in video game publishing circles, and was a prominent contributor to some of the Rockstar Games biggest hits, including Grand Theft Auto (GTA), Red Dead Redemption, Max Payne, and more. 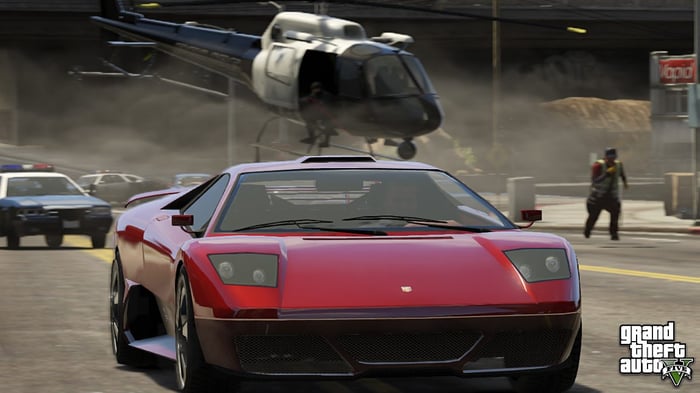 In a regulatory filing with the Securities and Exchange Commission, Take-Two provided a terse statement regarding the departure:

After an extended break beginning in the spring of 2019, Dan Houser, Vice President, Creative at Rockstar Games, will be leaving the company. Dan Houser's last day will be March 11, 2020. We are extremely grateful for his contributions. Rockstar Games has built some of the most critically acclaimed and commercially successful game worlds, a global community of passionate fans and an incredibly talented team, which remains focused on current and future projects.

Rockstar Games was established as a subsidiary of Take-Two in 1998, with brothers Dan and Sam Houser and several other creators rising from the ashes of BMG Interactive, which had then been acquired by Take-Two.

Houser leaves at a time when titles he helped bring to the fore are hitting new heights in terms of player numbers and popularity.

Grand Theft Auto has been one of the most popular and successful video games of all time. Take-Two announced late last month that Grand Theft Auto 5 was the best-selling game of the past decade in U.S. dollar sales, and was also named BBC's top Game of the Decade.

Seven years after it was first released, GTA Online just had its biggest back-to-back updates ever, in terms of player numbers, with Diamond Casino & Resort and Diamond Casino Heist setting new records in December, as well as for the quarter ending Dec. 31, 2019. GTA 5 also hit a new record for video engagements last month, according to data from Tubular Labs for the week of Jan. 13, 2020.

That's not all. Red Dead Redemption 2 has been named the top-selling title of the past four years in U.S. dollar sales, and shows no signs of slowing. Red Dead Online is also seeing strong growth, and following the release of its latest update, Moonshiners, the game saw a new peak in player numbers in December, then topped those figures in January.

The two award-winning titles have together sold more than 150 million units, placing them among the most successful video game titles in history. Their success has also been a boon to investors in Take-Two, who have seen the stock gain nearly 300% over the past five years.

Take-Two is scheduled to release its fiscal third-quarter financial results after the market close on Thursday, Feb. 6, so investors may get additional details about Houser's departure when the company reports earnings.