Please ensure Javascript is enabled for purposes of website accessibility
Log In Help Join The Motley Fool
Free Article Join Over 1 Million Premium Members And Get More In-Depth Stock Guidance and Research
By George Budwell - Feb 5, 2020 at 9:00AM

Shares of the diabetes medical device giant DexCom (DXCM -7.13%) gained a noteworthy 10% during the month of January, according to data from S&P Global Market Intelligence. Its stock is now trading at all-time highs as a result of this latest double-digit rally.

What caused DexCom's stock to catch fire yet again in January? The short answer is that the stock has been on an absolute tear ever since the company reported third-quarter earnings back in early November 2019. In fact, DexCom's stock has gained an astounding 59% since its last earnings report. 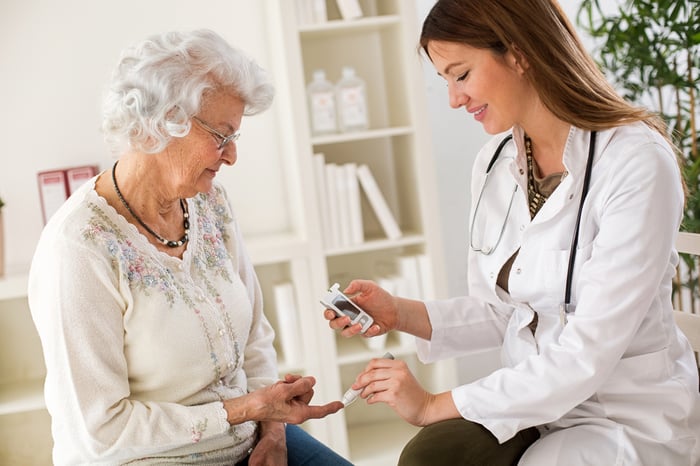 Investors appear to be gobbling up this medical device stock for two interrelated reasons:

Is DexCom stock worth buying at these lofty levels? At 16.5 times trailing-12-month sales, this red-hot growth stock may have trouble printing fresh highs anytime soon. Put simply, DexCom's stupendous sales growth appears to be baked into its valuation at this point.