On Thursday, Abiomed (ABMD -0.82%) announced its results for its third quarter, delivering a major beat on its bottom-line estimates. The market was expecting $1.09 a share in earnings, but got $1.51 a share instead. Profits were up 57% from a year ago.

However, Wall Street was apparently unhappy about the revenue number. The company's original forecast for the quarter was $226.7 million in sales, but it revised that estimate downward on Jan. 13, to $222 million. On Thursday, it reported revenues of $221.6 million. The stock immediately dropped 9% on the news. However, buyers rushed in and drove the stock price back up. As of 1:45 p.m. EST, shares were only trading about 0.5% lower for the day. 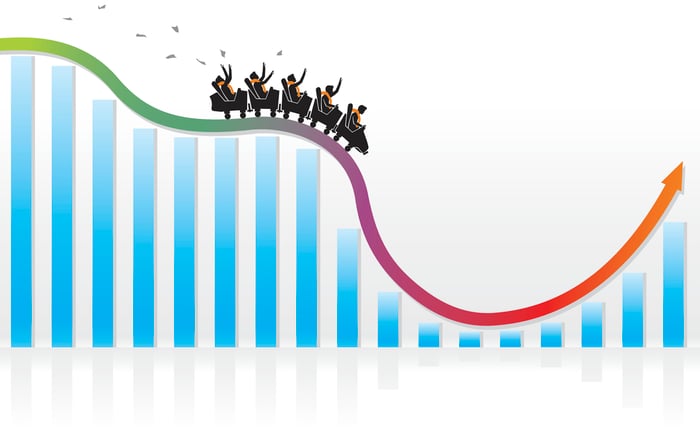 What caused the miss?

Abiomed had a rough 2019. First, the maker of temporary heart pumps took a hit when the Food and Drug Administration sent a letter to doctors in February warning about the company's lead product, the Impella. The FDA suggested that patients treated with the Impella had a higher mortality rate than had been observed in the pre-approval clinical studies. The FDA sent out an updated letter in May, saying the device was safe and effective if used for appropriately selected patients.

Then in November, some researchers said they had found that Impella is "associated with an increased risk of death, bleeding, and stroke among patients undergoing angioplasty," and concluded that using an intra-aortic balloon to support blood flow was safer. Abiomed responded that its devices are both safe and effective, and the company had actual clinical trial results that backed up that assertion.

However, these reports have been dragging down the stock. Abiomed's shares are down 45% over the last 52 weeks.  And they might be affecting sales as well. The company blamed its downward revision on the study published last year. Nonetheless, sales still grew 10% last quarter.