Please ensure Javascript is enabled for purposes of website accessibility
Log In Help Join The Motley Fool
Free Article Join Over 1 Million Premium Members And Get More In-Depth Stock Guidance and Research
By Harsh Chauhan – Feb 7, 2020 at 7:46AM

Disney's got an in in India.

But the good news for Disney investors doesn't end there. The company is set to launch its new streaming service in India next month. This move could supercharge the subscriber growth of Disney+ and leave competitor Netflix (NFLX -4.49%) -- which has been trying hard to lure Indian customers -- in a tight spot. 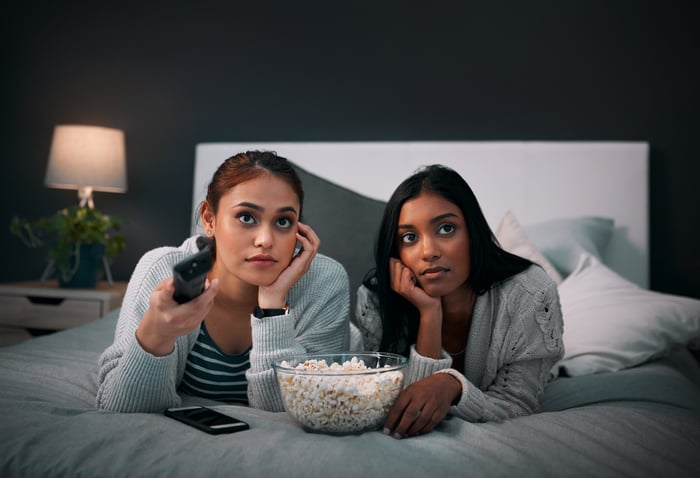 Disney+ will have a big advantage over Netflix in India

On the latest conference call with analysts, Disney CEO Bob Iger talked about the company's plans about introducing the streaming service in India:

We're also excited to announce that we will be launching Disney+ in India through our Hotstar service on March 29 at the beginning of the Indian Premier League cricket season. We will be rebranding our existing Hotstar VIP and Premium subscription tiers to Disney+ Hotstar. We see this as a great opportunity to use the proven platform of Hotstar to launch the new Disney+ service in one of the most populous countries and fastest-growing economies in the world. ... we're going to launch bundled with Hotstar, directly bundled, meaning it's Disney+ Hotstar as a product. We're not giving specifics about price at this point but expect that there will be two primary products brought into India. One will be more premium in nature that will include the entire library plus original programming. And the other one will be more basic [and] that will have the library and not the original programming ...

This is a smart move from Disney, as Hotstar is already a raging success in India. Hotstar reportedly claimed nearly half of the over-the-top (OTT) video streaming smartphone app installations in India last year. What's more, Hotstar had 300 million monthly active users in India last year.

Netflix and Amazon's Prime Video were far behind, with monthly active users of 13 million and 11 million, respectively. This is why there is a great chance of Disney+ gaining immense popularity in India. This is bad news for Netflix, which is already struggling with other issues and also sells its subscription at a premium.

A Netflix subscription in India starts at 199 rupees (roughly $2.80) a month for the mobile-only plan. This plan allows users to consume Netflix content on a smartphone or a tablet, but only in standard definition. The basic plan, which allows users to watch Netflix on laptops and televisions in addition to mobile devices, goes for 499 rupees ($7) a month. The full-featured plan costs 799 rupees (just over $11) a month.

On the other hand, a Hotstar subscription can be had for 999 rupees (just over $14) a year, much cheaper than Netflix's mobile-only plan. Iger hasn't revealed how much a Disney+ and Hotstar bundle could cost in India, but there is a lot of room for them to be priced competitively.

Disney+ is in a prime position to make a dent thanks to Hotstar's success as well as its vast content library and potential to price its service lower than competitors.