Please ensure Javascript is enabled for purposes of website accessibility
Log In Help Join The Motley Fool
Free Article Join Over 1 Million Premium Members And Get More In-Depth Stock Guidance and Research
By Andrew Tseng - Feb 7, 2020 at 10:33AM

A subtle accounting change, on top of continued business growth, should have a huge impact.

These are certainly exciting developments, but what could be even more important is a subtle change management made to how it accounts for its server assets in its Amazon Web Services (AWS) cloud business. This change suggests AWS could be much more profitable than investors previously thought.

In the company's fourth-quarter press release, management said first-quarter operating income is expected to be between $3 billion and $4.2 billion, compared to $4.4 billion in the year-ago quarter. That guidance includes "approximately $800 million lower depreciation expense due to an increase in the estimated useful life of our servers beginning on January 1, 2020."

Amazon's servers are lasting longer than expected. Until now, the company had depreciated -- that is, recognized the expense of -- its servers over three years. But now it has sufficient evidence that they actually last more than four years. So starting Jan. 1, Amazon is depreciating them over four years. Any time a company depreciates an asset over a longer time period, it reduces the annual depreciation expense that gets recognized. 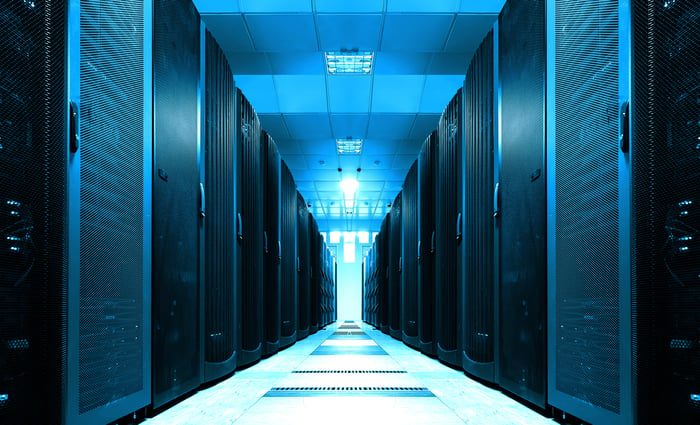 Based only on the servers the company owned at year's end, Amazon expects this accounting change to increase its 2020 operating income by $2.3 billion. That alone would be a significant 16% profit boost from the $14.5 billion of operating income reported last year. Additional profit growth from what has typically been rapid growth of the business will be additional.

This has huge implications for how profitable AWS can be. Management said the "majority" of the $2.3 billion relates to AWS. While we don't know exactly what majority means here, AWS' primary assets are data centers and servers, whereas the retail and other business lines have a much more diversified asset base. My educated guess is 85% relates to AWS. If that's the case, it would mean AWS will generate almost $2 billion more profit than it otherwise would have as a result of this accounting change.

What would that mean for AWS profit growth?

Bank of America analyst Justin Post estimates AWS will generate about $45 billion of net sales this year, up from $35 billion in 2019. With the extra $2 billion, even assuming flat profit margins otherwise, AWS would generate almost $14 billion of operating income. That would mean AWS' operating profits would explode higher by about 50% this year. That's almost double the 26% profit growth rate of last year. That would mean the whole company would grow operating profit by 32% this year, even if the non-AWS parts of the company don't grow operating profits at all.

Accelerating profit growth is usually a good thing, but that could be especially true in this case. There's been concern that AWS' net sales growth is slowing, that Microsoft's Azure and Alphabet's Google Cloud Platform both appear to be growing faster than AWS, and that AWS margins could be hurt by the growing competition.

Throw in Microsoft's recent win of the highly coveted cloud contract with the Department of Defense, which Amazon is appealing, and it's not surprising that investors have questions about where AWS is going next. But if Amazon reports 50% operating profit growth for AWS this year, investors are likely to be reassured that AWS is just getting started.

Longer term, the accounting change suggests AWS has the ability to be more profitable than it's ever been. And this improvement hasn't only been driven by happenstance; management has been actively working to extend the useful life of its servers by making its software run more efficiently on the hardware. Given that AWS operated at a 31% operating profit margin during a more efficient period in the past, it seems like the next similarly efficient period could generate an operating margin closer to 35% now that depreciation expense is significantly lower. That would be a new all-time high for AWS' profitability, and would further reassure investors that Amazon continues to have a huge profitable growth engine in AWS.