Shares of Tandem Diabetes Care (TNDM 3.82%), the maker of the t:slim X2 insulin pump, rocketed 27.6% higher last month, according to data from S&P Global Market Intelligence. The stock has given back a bit of its gain in February, but it's still up 25.8% in 2020 through Friday, Feb. 7. 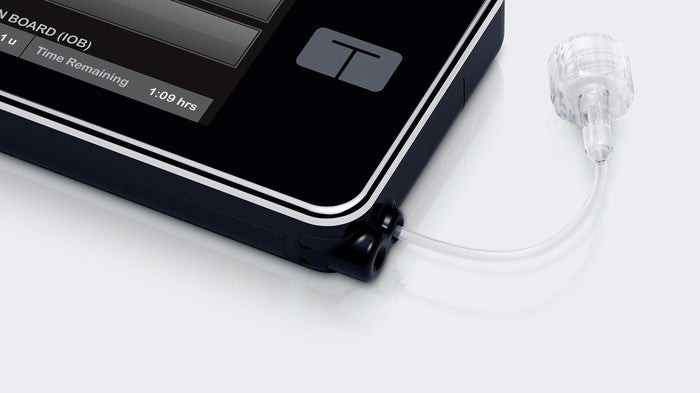 We can probably attribute Tandem Diabetes stock's strong January performance at least in part to a continuation of the tremendous upward momentum it's enjoyed since mid-2018. That's when the company receiving FDA approval for its then-new automated insulin-delivery solution. As I previously wrote, "The company touts the t:slim X2 insulin pump with Basal-IQ technology as the 'first insulin pump designated as compatible with integrated continuous glucose monitoring (iCGM) devices.'"

A couple of more timely specific catalysts also probably played a role in this growth stock's robust showing in January. The most important of the company's January news was its mid-month announcement of the commercial launch of the t:slim X2 insulin pump with Control-IQ technology, "an advanced hybrid-closed loop feature designed to help increase time in range," in the United States. "It is the first and only system cleared to deliver automatic correction boluses in addition to adjusting insulin to help prevent high and low blood sugar," according to the press release. The system integrates with a DexCom's (DXCM 2.33%) G6 continuous glucose monitor (CGM).

Tandem Diabetes investors should be aware that Insulet plans to launch a competing device later this year: its Horizon automated insulin-delivery system, which also uses a DexCom CGM to dose insulin.

More material news from Tandem should be coming soon. The company is slated to report its fourth-quarter and full-year 2019 results after the market closes on Monday, Feb. 24. A conference call with analysts is scheduled to follow at 4:30 p.m. EST.

When it released its third-quarter results, the company updated its full-year 2019 guidance. It now expects:

Yep, those are mighty big guidance increases over the course of three quarters. While Tandem is making great progress, a big that Insulet is the better bet in the insulin-pump space, in my opinion, is that the company is larger and already profitable.