Please ensure Javascript is enabled for purposes of website accessibility
Log In Help Join The Motley Fool
Free Article Join Over 1 Million Premium Members And Get More In-Depth Stock Guidance and Research
By George Budwell - Feb 9, 2020 at 8:29AM

These three clinical-stage biotechs could all double in value before year's end.

Despite mounting political pressure to drastically lower prescription drug prices in the United States, the biotech industry as a whole has performed quite well during the opening weeks of 2020. The long and short of it is that investors are still fairly optimistic about biotech's long-term prospects, thanks to the rapid pace of innovation, the aging global population, and the steady march toward increased access to healthcare services around the world.

Which biotech stocks are worth buying this month? Adaptimmune Therapeutics (ADAP -7.93%), Applied Therapeutics (APLT 4.17%), and Kiniksa Pharmaceuticals (KNSA -2.08%) are three small-cap drugmakers with plenty of room to run in February and beyond. Here's what you need to know about these promising growth plays right now. 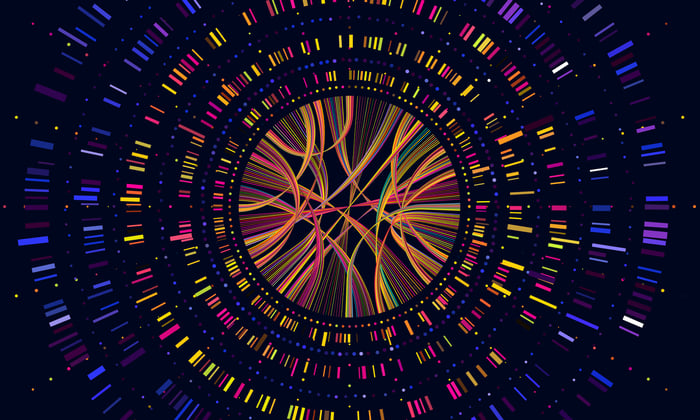 Adaptimmune has yet to truly register on Wall Street's radar. Despite the company's unique approach to cancer immunotherapy that focuses on the development of affinity-enhanced T-cell therapies for an array of solid tumors, the company's shares have lost a staggering 74% of their value since making their debut on the Nasdaq stock exchange. The core reasons are that Adaptimmune's initial clinical efforts in lung cancer failed spectacularly, and there have also been some concerning safety signals in regard to its T-cell therapy platform in general.

Since then, however, the company's novel immunotherapy platform has received broad validation through a successful collaboration with GlaxoSmithKline, as well as a more recent partnering deal with Japanese pharma titan Astellas.

What are the key events unfolding right now? Through this partnering deal with Astellas and a follow-on capital raise, Adaptimmune has greatly extended its cash runway during the first month of 2020. That's key because the company believes that its synovial sarcoma treatment, ADP-A2M4, may be able to hit the market as soon as 2022. In short, the biotech has a plan in place to become a commercial-stage entity without having to repeatedly tap the public markets for capital.

What's the upside potential? To be honest, Adaptimmune's most advanced product candidate isn't targeting a particularly large market -- perhaps $1.2 billion by 2023, going by most analysts' estimates. The big-picture issue is that another positive trial for its platform should attract more deep-pocketed partners and maybe even a buyout offer. As such, aggressive growth investors may want to consider this intriguing immunotherapy play soon.

Applied Therapeutics' stock is up by a staggering 473% since its IPO last year. The biotech's rapid rise is the result of its no-nonsense approach to drug development. Instead of pursuing completely novel therapies, Applied's strategy focuses on targeting proven pathways, but with a twist. In effect, the company's goal is to increase the efficacy and safety of well-established therapeutic targets. By doing so, the company believes that it can drastically reduce the development timeline for new drugs indicated for conditions with a high degree of unmet need. And so far, Applied's unique business model appears to be bearing fruit.

Last month, the biotech announced positive mid-stage results for its experimental galactosemia treatment AT-007. Because there are no therapies approved specifically for this rare metabolic disorder, Applied believes that it can snag an accelerated approval for AT-007 perhaps as early as 2021. While this ultra-rare condition afflicts only a few thousand individuals worldwide, galactosemia still represents a commercial opportunity of around $700 million or so. That's a sizable market for a company with market cap of $923 million right now.

What's more, Applied recently shored up its balance sheet with a $143.4 million public offering, and its potential blockbuster drug, AT-001, indicated for diabetic cardiomyopathy, is on track to produce top-line data next year. So this clinical-stage biotech has a chance of sporting two approved products as soon as 2022. Although there's always the risk of clinical or regulatory setbacks with these types of stocks, Applied's shares could have a lot more room to run based on the promise of its novel drug development strategy.

Kiniksa Pharmaceuticals: A return to form

Kiniksa's shares have already gained 50% so far in 2020. Even so, the biotech's stock is still down by double digits from its IPO back in 2018. Kiniksa's stock has perked up in the early innings of 2020 thanks to the promise of its late-stage recurrent pericarditis medication rilonacept. Late last year, the drug received the Food and Drug Administration's highly coveted breakthrough-therapy designation, allowing for a potentially expedited regulatory review in the not-so-distant future.

What's the big deal? As the first-ever therapy approved specifically for recurrent pericarditis, rilonacept should have a straightforward pathward toward blockbuster status. That's nothing to sneeze at for a company with a sub-$1 billion market capitalization. Before year's end, Kiniksa expects to announce the drug's pivotal top-line data results, perhaps opening the door to a regulatory filing in early 2021, and a subsequent commercial launch in late 2021. So there's a lot to like about this small-cap biotech stock right now.

Should investors buy into this developing growth story? While clinical trials are highly unpredictable by their very nature, Kiniksa does have a well-diversified pipeline backing up its lead candidate. So this biotech won't simply fade into oblivion if its lead candidate goes belly up. On the other hand, its shares could easily double in value if everything goes according to plan. That's a rather attractive risk-to-reward ratio. Risk-tolerant investors, in kind, might want to pounce on this name soon.

8 Beaten-Down Pharmaceutical Stocks That Could Skyrocket In 2022