The market's been moving higher, but not every stock is heading in the right direction. While more than 1,000 stocks hit new 52-week highs, including a few surprising stars, nearly 400 investments traded at their lowest levels in more than a year.

Blue Apron Holdings (APRN -2.71%), Funko (FNKO 1.43%), and Tanger Factory Outlet Centers (SKT -1.98%) are some of the more unexpected names hitting fresh lows this past week. Let's take a closer look at how these three stocks have fallen out of favor. 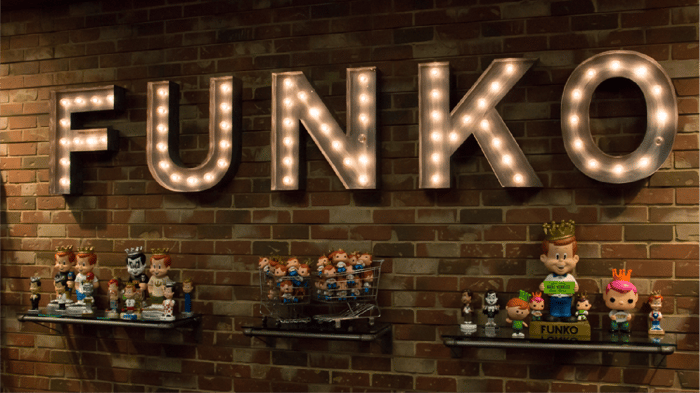 The provider of meal kits by mail has been in the market's doghouse for some time. Growth dried up shortly after its 2017 IPO, and Blue Apron has now rattled off eight consecutive quarters of double-digit declines. A 1-for-15 reverse split was necessary last year to keep the stock in compliance for its exchange listing. There's little reason to think better days are ahead for Blue Apron.

The reason the fresh 52-week low is surprising is that the stock had soared as much as 59% in a single day after the company announced that it would expand its menu to include meatless burger patties from Beyond Meat (BYND -0.04%). The market's fascination with plant-based food options, and Beyond Meat in particular, helped propel Blue Apron higher, but now it's surrendered more than that summer day's gains. Blue Apron reports again next week, and the market's bracing for the platform's popularity to continue contracting.

Last week was rough for the maker of licensed vinyl figurines and other collectibles. Funko took a big hit after reporting disappointing preliminary results and now sees $213.6 million in net sales for the historically potent fourth quarter, an 8% decline from where it was a year earlier. Stunned analysts were forecasting a 13% increase on the top line. The adjusted profit of $0.16 to $0.18 per share that Funko is now expecting to deliver on the bottom line is less than half of what Wall Street was targeting.

I had tapped Funko as one of three stocks to avoid in the fall of last year, arguing that despite recent growth, the popularity of Funko's collectible vinyl figurines and bobbleheads could end at any moment. Pop culture can be fickle. It's too soon to write off Funko completely, but it's definitely a name to avoid until it can post positive growth in net sales again.

Shopping malls have been languishing even in this buoyant economy. Tanger should've been holding up better than its peers, with its emphasis on factory outlet malls. Its consolidated portfolio occupancy rate has improved to 97%. But tenant bankruptcies, lease modifications, and store closures are leading to a slight decline in same-center net operating income.

Tanger still boosted its beefy dividend two weeks ago, something it has now done for 27 straight years. Tanger, structured as a real estate investment trust (REIT), is now yielding 10.7%, but it's sustainable only if it can keep its funds from operations (FFO) steady and ideally growing. There's more to dividend investing than just chasing a hefty payout, and the guidance Tanger initiated two weeks ago calls for FFO to decline in 2020.