Please ensure Javascript is enabled for purposes of website accessibility
Log In Help Join The Motley Fool
Free Article Join Over 1 Million Premium Members And Get More In-Depth Stock Guidance and Research
By Will Ebiefung – Updated Feb 10, 2020 at 12:49PM

The automaker's expensive restructuring program is causing a lot of pain. When will investors see results?

Iconic American car company Ford (F 2.41%) reported its fourth-quarter and full-year earnings on Feb. 4, and the results were about as pretty as rush hour on I-95. An ongoing restructuring program is dragging down top-line numbers while failing to deliver meaningful results on the bottom line. How long will investors have to wait to see management's long-term strategy for the company play out? 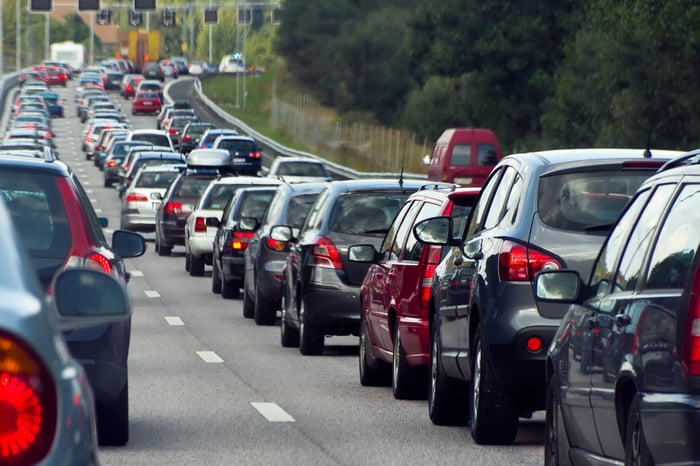 Ford is currently embarking on an ambitious $11 billion restructuring program. Announced in July 2018, the plan is designed to cut fat and eliminate redundancies in the business. However, investors have yet to see any benefits from the costly and long-running undertaking.

Ford's fourth-quarter results revealed that revenue is declining, as expected, but margins aren't improving fast enough to make the trade-off worthwhile. In fact, in the key North American region, where Ford decided to axe most of its sedan lineup in favor of trucks and SUVs, margins are declining in tandem with falling revenue.

This calls the effectiveness of the restructuring into question.

Ford reported revenue of $39.7 billion in the fourth quarter -- a 5% decline from $41.8 billion in the prior-year period. This result was driven by top-line weakness in every international region.

The Chinese business saw wholesale units decline 7%, to 159,000 from 171,000, while revenue dropped by a staggering 38%, to $1 billion from $1.6 billion. Ford had hoped to turn its Chinese business around by launching a slew of new products, but clearly, that isn't working.

With Ford restructuring its global business, investors should expect top-line declines. However, the bottom line is also declining at an unsustainable clip, and that's a bad combination.

In North America, earnings before interest and taxes (EBIT) margins fell to 2.8% from 8.8%, a year-over-year decline of 64%. Margin improvements in Europe and China were unable to offset the massive decline in North America because those regions have smaller sales volume, so total company EBIT came in at $500 million , a 67% decline from the prior-year period.

Tim Stone, Ford's CFO, admitted that his company's fourth-quarter results were quote "not OK." But that's a massive understatement. Ford's earnings were a multi-car pile-up. The company is failing in every single region. And so far, restructuring seems to be making things worse.

Unfortunately, Ford's management has not announced plans to move away from the restructuring strategy, so auto industry investors can expect more pain going forward.