The move would strip the Food and Drug Administration of the duty it's held for more than a decade.

Large cigarette companies, such as Altria (MO -3.67%), British American Tobacco (BTI -5.84%) and Philip Morris International (PM -4.18%), as well as smaller companies, the likes of Vector Group (VGR -3.37%) and privately held Njoy, may have a new regulator if the Trump administration gets its way.

As part of its budget proposal, the White House proposed establishing a new agency within the Department of Health and Human Services that would be dedicated to regulating tobacco, including e-cigarettes. The move would strip the Food and Drug Administration of its current power, which the Trump administration pointed out would allow the agency to focus on its more traditional role of regulating medications.

The FDA has regulated tobacco companies' products since 2009, when Congress officially gave the agency that right through the Family Smoking Prevention and Tobacco Control Act. In the 1990s, the Clinton administration tried to rein in sales to minors, but the U.S. Supreme Court ultimately ruled 5-to-4 that the agency had overstepped its authority and needed Congress' approval.

Similarly, the Trump administration will probably need Congress' approval to establish the new agency. It's only a budget proposal, after all. Whether Congress goes along remains to be seen. 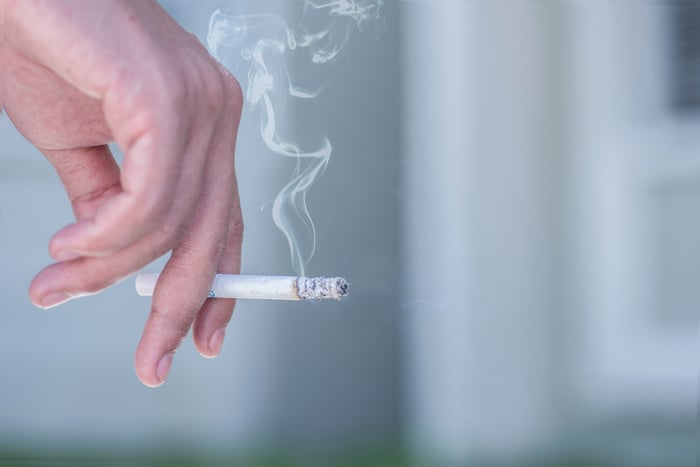 Earlier this month, a House investigation panel drilled executives from five e-cigarette makers about the regulation of e-cigarettes, but they largely stuck by the FDA, claiming that the new application that has to be submitted to the agency by May 2020 was all the regulation needed.

The controversy involving e-cigarettes and respiratory problems led at least one company to get out of the business. In November, Turning Point Brands (TPB -5.44%) said it was looking to divest of its vaping distribution business.