Please ensure Javascript is enabled for purposes of website accessibility
Log In Help Join The Motley Fool
Free Article Join Over 1 Million Premium Members And Get More In-Depth Stock Guidance and Research
By Daniel Sparks – Feb 10, 2020 at 11:24AM

The electric-car maker's factory in China is reportedly up and running again.

The stock's move follows a report over the weekend that the electric-car maker's factory in Shanghai will resume production on Monday with the help of the Shanghai municipal government. 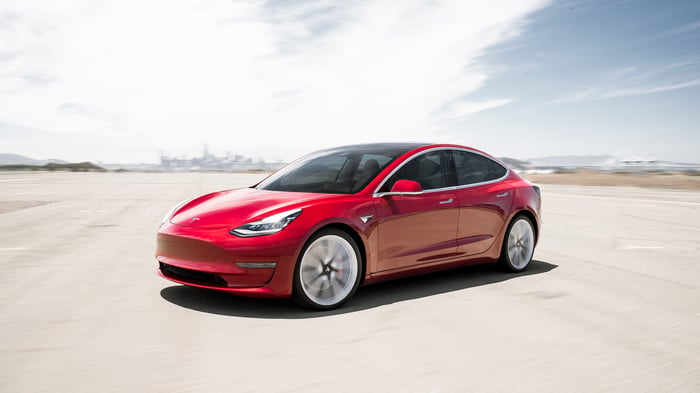 Tesla previously delayed the reopening of its factory in China following a pause in production for the Chinese Lunar New Year, citing concerns about the coronavirus outbreak in the country. But Tesla's new factory will resume production on Feb. 10, Reuters reported on Friday evening.

"In view of the practical difficulties key manufacturing firms including Tesla have faced in resuming production, we will coordinate to make all efforts to help companies resume production as soon as possible," Shanghai government spokesman Xu Wei told Reuters.

Tesla's new factory in China is critical to the company's growth plans in 2020. The new factory is building vehicles specifically for the local market, allowing the automaker to bypass a costly import tax.

By being able to price the Model 3 competitively in China, Tesla is positioned to capitalize on strong growth in the world's largest auto market.