Please ensure Javascript is enabled for purposes of website accessibility
Log In Help Join The Motley Fool
Free Article Join Over 1 Million Premium Members And Get More In-Depth Stock Guidance and Research
By Keith Noonan – Feb 10, 2020 at 8:38AM

In addition to having the longest title of any film in the DC Extended Universe, Birds of Prey (and the Fantabulous Emancipation of One Harley Quinn) has now recorded the franchise's weakest box-office debut. The picture hit theaters on Feb. 7, and it managed to score up just $33 million domestically and $48 million internationally over its opening weekend.

Actress Margot Robbie's Harley Quinn made her big screen debut in 2016's Suicide Squad, a film that also starred Will Smith as Deadshot and featured DC Comics characters including The Joker and Batman. While Suicide Squad leveraged an expertly crafted marketing campaign to record global ticket sales of roughly $747 million, Prey's promotions fell flat -- and the film may have misjudged its target market. The new picture's R-rating likely kept some of the film's potential audience at home, and confusing aesthetic shifts may have alienated fans of the Harley Quinn seen in Suicide Squad. 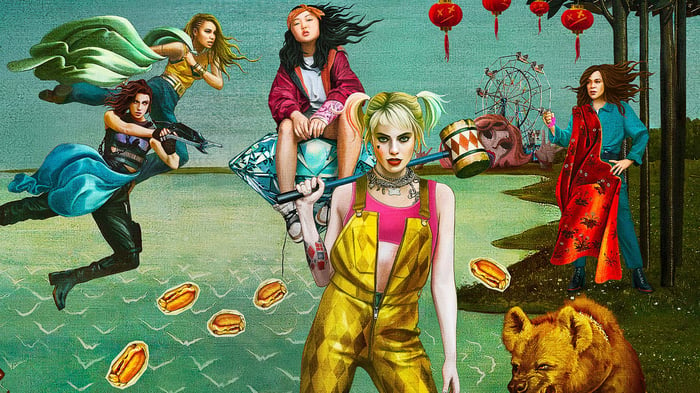 What does Birds' flop mean for DC on the big screen?

Birds of Prey's weak performance comes on the heels of a stellar run for Warner's Joker, which grossed over $1 billion at the box office and nabbed Oscar wins on Sunday for Best Actor and Best Original Score. The DC Comics universe, which is owned by Time Warner and part of AT&T (T -2.12%), has plenty of great characters, but the execution of adaptations on the big screen has been spotty.

While titles like Aquaman and Wonder Woman have put up strong sales performance, potential tent poles like Justice League have fallen flat. Birds of Prey adds another disappointing entry to DC's big-screen track record and shows that Warner Bros. and AT&T are still second fiddle to Disney in the world of superhero adaptations.